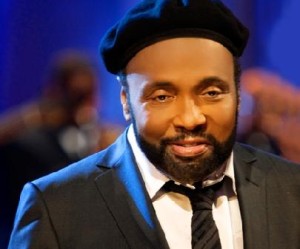 Anyone asked to describe the inspiring legacy of Andraé Crouch would have trouble finding the appropriate words. After introducing his musical talent to the world over five decades ago, many have come to praise Crouch as a Gospel icon. Known for penning some of the African American church’s most endearing and time-tested songs, Crouch is truly a legend in his own time.

A prolific songwriter and multiple award-winning artist, he has been recognized as the impetus in bringing Gospel music into the mainstream. A musician and choir director extraordinaire, he’s worked with the music industry’s most popular artists including Elton John, Madonna, Paul McCartney, Diana Ross, and Michael Jackson.

Affectionately called The Father of Modern Gospel, Crouch’s songs include favorites such as “My Tribute (To God Be The Glory)”, “Take Me Back”, “Soon And Very Soon”, and the newly-minted classic, “Let The Church Say Amen’. His work has been on display on the big and small screens including The Color Purple’s “Maybe God’s Trying To Tell You Something” and the theme song to the sitcom, Amen. Singlehandedly, Crouch has changed the genre of Gospel music.

To capture the music phenomenon in one of his most dynamic, anointed performances, Riverphlo Entertainment (spearheaded by industry veteran Luther “Mano” Hanes) incredibly encapsulated the life, the music and the journey of Andraé Crouch on a commemorative edition project, The Andraé Crouch Collection – the Live In Los Angeles Concert DVD. With an exceptional group of musicians and singers, the full concert DVD contains over two hours of soul-stirring, foot-stomping and hand-clapping songs which take fans back down memory lane to the place where they heard that first Andraé Crouch song.

In addition to viewing Crouch’s riveting performances, fans can see up-close and personal interviews with music industry trailblazers such as Quincy Jones, Chaka Khan, Rance Allen and Donnie McClurkin as they speak on the musical contributions of the Hollywood Walk of Fame star. Leading the Gospel music industry with his God-given musical abilities, Crouch made history being the first Gospel artist selected by the Public Broadcasting System (PBS) to be featured on the network, with portions of the Andraé Crouch Collection – the Live In Los Angeles Concert DVD airing nationwide.

Over the past five decades, Crouch’s musical gift has made room for him not only in the Gospel arena, but also in both television and film. His musical talent can be heard in the Academy Award and Golden Globe-nominated movies, “The Lion King” and the aforementioned “The Color Purple”. In addition, Crouch’s expertise has been heard on the movie soundtracks of “Free Willy” and “Once Upon A Forest”.

A musician, composer, recording artist, songwriter, arranger and producer, Crouch’s musical library includes many familiar songs such as the traditional “The Blood Will Never Lose Its Power”, “We Are Not Ashamed” and “I’ll Be Thinking Of You”. The Gospel artist’s most recent GRAMMY Award Nominated project, The Journey, introduced the mega-hit, “Let The Church Say Amen”, which remained on the Billboard Top Gospel Songs Chart for over 60 consecutive weeks and was named the Top Gospel Song of 2012. Both the song and the artist were nominated for five 2013 Stellar Awards (Artist of the Year, Song of the Year for “Let The Church Say Amen”, CD of the Year for The Journey, Traditional CD of the Year for The Journey and Traditional Male of the Year).

For his exemplary contributions to the music industry, the Gospel legend was the honored recipient of the 2013 ASCAP “Gospel Icon” Award; the 2013 “Keeper of the Flame” Award for Social Justice Through Music at the African American Church Inaugural Ball held in Washington, D.C., in celebration of the re-election of President Barack Obama; and numerous other prominent awards. He’s been recognized with nine GRAMMY Awards, an Oscar nomination and countless Dove, Stellar, and NAACP Image Awards, along with many other accolades. With 18 solo albums, Crouch has also been inducted into The Gospel Music Association’s Music Hall of Fame and the recipient of the National Academy of Recording Arts & Sciences Gospel Music Lifetime Achievement Award. Likewise, Crouch was also honored at Verizon’s How Sweet The Sound Choir Competition finale event where he was presented with the “Living Legend Award” by fellow icon Chaka Khan.

With a recording career that began in the 60s, Crouch was a key figure in the Christian movement of that era. His first musical group was the COGICs (Church of God In Christ Singers) and later, he formed The Disciples in 1965. The ensemble catapulted Crouch to notoriety and they toured in over 70 countries. Later, he composed or arranged songs for artists such as Ringo Starr, Stevie Wonder, Frank Sinatra, Bing Crosby, Madonna, Quincy Jones and countless others. In addition to Paul Simon emulating the iconic figure in recording some of the Gospel legend’s music, Crouch’s invaluable musical proficiency and wisdom enriched the colossal legacies of both the king of Pop, the late Michael Jackson, and the king of Rock and Roll, the late Elvis Presley. He is undoubtedly a pivotal force in the music industry who has transcended multiple genres of music including contemporary light rock, pop, jazz, African/world music, and of course, Gospel.

Gifted with the ability to sing as well as preach the Gospel, Crouch serves as Senior Pastor of New Christ Memorial Church of God In Christ in San Fernando, CA. A trailblazer, Andraé Crouch has given sacred music lovers a soundtrack for the church. The “Live In Los Angeles” Concert DVD is part of The Andraé Crouch Collection which also includes his new CD, the GRAMMY and Stellar Award nominated The Journey, and a Bonus DVD of the making of The Journey. The Andraé Crouch Collection is not available in stores, but can be purchased by logging on to www.acthejourney.com or by calling 1.800.890.1605.