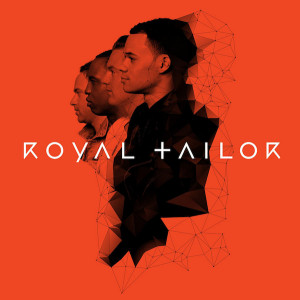 GRAMMY Award nominated pop/rock band Royal Tailor readies the release of its sophomore Essential Records offering, a self-titled album, available Oct. 22. The project delivers more of Royal Tailor’s eclectic pop-infused rock paired with a purposeful message meant to inspire listeners to make a difference in the culture around them.

Royal Tailor’s illustrious label debut, Black & White (2011), set into motion a momentous first two years for the band, garnering its first No. 1 single with “Make a Move,” a 2012 GRAMMY Award nomination, high-profile tour appearances and recognition among Google’s “50 bands under 30.” Royal Tailor continues in the tradition of Black & White with its latest self-titled release, this time taking an electrifying step forward on every front: funkier; bigger sing-alongs; broader stylistic leaps; and deeper, more intimate conversations about God and faith.

“I think the first album was based off of our instincts, because we were so new to everything,” says singer Tauren Wells. “In the last two years of touring, we’ve all grown. This time, we knew what we wanted to do, knew what we wanted to write about. Being out there on the road, seeing the things that kids are dealing with, what we’re dealing with ourselves too – there’s just so much learning that has taken place that we were ready to pour it all into these songs.”

Tracks from the album range from the dance-floor energy and spiritual enthusiasm of “Ready Set Go” and “Got That Fire,” to the tender moments, too, like thanks-bearing ballad “You Are My Rescue” and “Remain,” an uplifting anthem of steadfast faithfulness. The latter track is currently gaining traction at radio, playing on numerous stations and networks nationwide, including Air1 Radio networks. The rising momentum of “Remain” continues as it makes its debut on Billboard’s Hot AC/CHR chart this week.

Alongside the radio single, Royal Tailor will be supported via an extensive digital campaign. Online promotions will incorporate Livestreams, extra video content and Q&A sessions with Royal Tailor to name a few. Currently, a lyric video for “Remain” is available below.

Additionally, Royal Tailor has been asked to join headliner Newsong on its upcoming “Swallow The Ocean” tour this fall. The group will perform selections from Royal Tailor at churches and venues in 15 cities nationwide. Visit www.royaltailor.com for a current list of tour dates.

About Royal Tailor:
Comprising Tauren (lead singer), DJ (guitar), Blake (bass) and Jarrod (drums), Royal Tailor’s high-energy, contagious blend of pop, R&B, hip hop and rock is well-suited to reach its target audience–students suffering from symptoms of a visionless life. The four-member group met while in school in Indianapolis and began to hone its sound while playing for churches and youth groups around the country.

In just four years, Royal Tailor has performed more than 425 shows, including playing at the Nashville GRAMMY Chapter’s Block Party stage alongside artists including Old Crow Medicine Show and The Civil Wars. The band continues to tour heavily, being featured on Casting Crowns’ 43-city “Come To The Well” tour, Britt Nicole’s “You’re Worth More Than Gold” tour and most recently the Pollstar-topping Winter Jam arena tour, which saw more than 550,000 attendees.

For more information on Royal Tailor, please visit: www.RoyalTailor.com, www.facebook.com/royaltailor or follow the band on Twitter at www.twitter.com/royaltailor.