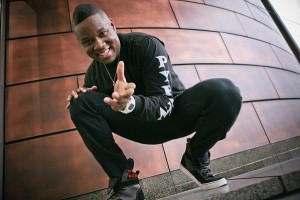 Byron “Mr. Talkbox” Chambers, who was among the few and last Gospel artists to frequent the talkbox while singing on stage, has announced plans to pursue a solo career.

Today Chambers announced that he is stepping down from being a part of TobyMac’s live Diverse City Band. Last year, Mr. Talkbox released a new studio EP titled Show Me The Way! and is planning on releasing new music soon.

Through a video to his fans on YouTube, Byron made the announcement with excitement for the future. He and his wife Tamara are also planning to speak on marriages to encourage those who are experiencing hard times or who are preparing to enter into marriage together. The couple are also writing a book about their own experiences and victories through a personal storm.

Check out Byron’s announcement video below: