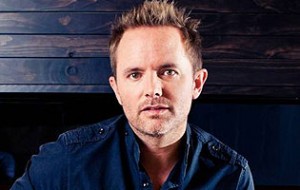 As one of the most acclaimed worship leaders of our time, Chris Tomlin cements his luminary status with today’s release of his newest studio set, Burning Lights, to an outpouring of acclaim from media including The New York Times, USA Today and Billboard.

Singing Tomlin’s praises, critics have applauded Burning Lights’ “solid songwriting” and “stirring melodies,” underscoring Tomlin’s efforts of crafting songs for the church that cross cultures and generations. The album has claimed the No. 1 spot on the iTunes® Christian & Gospel Albums Chart and No. 2 position on the iTunes® Overall Albums Chart.

The internationally renowned GRAMMY® winner, whose venerable career has yielded widely known worship anthems such as “How Great Is Our God,” “Holy Is the Lord” and “Jesus Messiah,” has given voice to the Church and millions of people around the world as they worship Jesus. Burning Lights comes on the heels of the Passion 2013 conference in Atlanta’s Georgia Dome, where he lead worship with a generation of 18-25 year olds from around the world at the significant, four-day gathering. Comprised of 12 tracks produced by Jason Ingram (Tenth Avenue North, Aaron Shust), Ed Cash (Kari Jobe, Matthew West) and Dan Muckala (MercyMe, Brandon Heath) and featuring the powerful first single “Whom Shall I Fear [God Of Angel Armies]” and an all-new studio recording of the radio hit “White Flag,” Burning Lights is the follow up to 2011’s Grammy® winner for Best Christian or Gospel Album, And If Our God Is For Us…

Just last month, Tomlin earned his eighth GRAMMY® nomination with the announcement of a nod to “White Flag” for Best Contemporary Christian Music Song. Co-written with Jason Ingram, Matt Maher and Matt Redman, the song is from the live album Passion: White Flag, but also appears on Burning Lights.

In addition, the album’s lead single, “Whom Shall I Fear [God of Angel Armies],” is continuing its steady ascent toward No. 1 at radio, with it claiming the No. 6 spot on the National Christian Audience Chart, No. 7 at Christian AC Monitored, No. 8 at AC Indicator and No. 15 at Hot AC/CHR this week. In addition to charting in the Top 10 on the National Christian Audience chart, the single garnered over 7.5 million audience impressions this week. “Whom Shall I Fear” also owns the No. 1 spot on the iTunes® Christian & Gospel Songs chart. 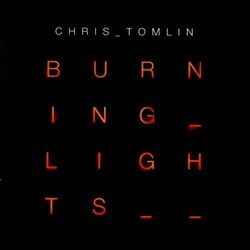 With the praise for Burning Lights continuing to pour in, here’s just a sampling of what people are saying:

“Over the last decade Mr. Tomlin has become one of the most notable figures in Christian rock… Even when he is not around, his songs sustain him. Burning Lights is … heavy on broad, anthemic choruses; and straightforward praise. It is a skill … to write music this free of ego. Mr. Tomlin has a modest voice, full of yearning, but it’s not his voice that’s important. It serves only as a contour for others to follow, with a modesty that invites people in.” – The New York Times
“Walk into any evangelical church on Sunday, and chances are the congregation will sing at least one Tomlin song. He’ll add to their repertoire with these stirring melodies that tie him to both contemporary pop and hymns of old.” – USA Today

“…Chris Tomlin has steadily evolved into one of the strongest writer-performers in the contemporary Christian music genre. With a voice that blends the gentle rasp of Michael W. Smith and the sweet tenor of Jason Mraz and an arsenal of soaring songs that never stray from their purpose of worship, Tomlin is currently at his peak.” – Atlanta Journal-Constitution

“Burning Lights is the quintessential representation of solid songwriting married to classic commercial pop recording. What could strike you as grandiose, once you hear Tomlin’s heart, is really humility and truth that can set worship leaders free.” – Worship Leader

“Burning Lights is a well-rounded collection, highlighting Tomlin’s versatility as an artist and heart for furthering the praise and worship emphasis of today’s music world heralding Jesus.” – Charisma

“This album sets a new milestone on the worship song highway, breaking new ground with its mix of fresh relevant vibes and more established style of congregational worship. It’s the ultimate modern worship album that will set the standard for what others will produce going forward, and that’s why Chris Tomlin is rightly so influential.” – Louder Than The Music

Tomlin will launch his nationwide “Burning Lights Tour” beginning February 19 in Charleston, W.V., visiting 34 markets including New York, Seattle and Dallas, before wrapping at the famed Red Rocks Amphitheatre in Denver on May 4. Friend and pastor of Passion City Church/Communicator/Passion founder, Louie Giglio will join Tomlin on the road for select dates, with Sparrow Records’ Kari Jobe appearing at all shows. For more information, please visit www.ChrisTomlin.com/tour.

About Chris Tomlin
With eight albums, ten No. 1 radio singles, a GRAMMY® Award and five additional nominations, two Billboard Music Awards, 18 Dove Awards, a platinum and four gold albums to his credit, Chris Tomlin is among the most well-known and influential artists in contemporary Christian music. Referred to by Time magazine as “most likely the most often sung artist anywhere,” Tomlin also has 15 of the Top 100 CCLI songs with 4 of them being in the top 10. ASCAP’s 2007 Songwriter of the Year, Tomlin’s “How Great Is Our God” was his first No. 1 on the CCLI Top 25, moving to No. 1 after becoming one of the fasting rising modern day hymns in CCLI chart history. In addition to having sold more than 4.2 million albums and over 6 million digital tracks, Tomlin made history as his single “Jesus Messiah” (Hello Love) garnered 97 adds at radio its first week and skyrocketed to No. 1, making it the biggest ever add date in Christian radio history. In the midst of his record breaking success, and continuing his role as worship leader at Passion City Church in Atlanta, GA, Tomlin continues touring and leading at Passion Conference gatherings across the US and worldwide. His ninth studio album, Burning Lights, was released on Jan. 8, 2013, and features the hit single “Whom Shall I Fear [God of Angel Armies].”