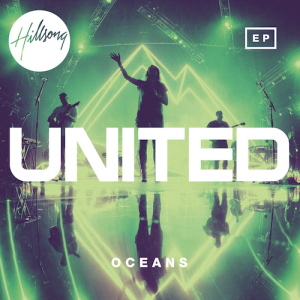 Hillsong UNITED has had an impactful year with the release of ZION, which topped the iTunes overall album chart, debuted at No. 4 on Billboard 200 with their highest Billboard debut and at No. 1 on the ARIA Australian chart. ZION has resonated with fans around the world. Today fans can get the Oceans EP, which is being released due to the overwhelming response to the song “Oceans (Where Feet May Fail)” from ZION. “Oceans” was written by Matt Crocker, Joel Houston and Salomon Ligthelm.

The EP features the original version of the song, a radio version, a live version recorded at the monumental Red Rocks in Denver during UNITED’s sold out show, a remix version and an acoustic video that includes UNITED’s Joel Houston talking about the heart behind this iconic song. Click here to purchase the Oceans EP.

Fans can also pick-up the September/October issue of RELEVANT that features Houston on the cover. RELEVANT is devoted to making an impact on progressive culture by covering faith, health, lifestyle, pop culture, career, relationships, current issues and music.

UNITED will close out this capstone year with a special acoustic release on October 29 titled ZION Acoustic. This iTunes exclusive will feature the 12 ZION songs recorded live at a café in Sydney, Australia earlier this year. It will also feature live video from the recording of each song.

Earlier this summer, UNITED toured the first half of their U.S. “Welcome Zion” tour performing in front of more than 80,000 fans. This leg of the tour was listed in the Top 20 Concert Tours from Pollstar. The Australian group will return in November for 10 additional tour stops including Boston, Atlanta and Miami as well as a stop in Canada for one show. These appearances will be highlighted at the first-ever Hillsong Conferences held in New York City on Oct. 4-5 at Radio City Music Hall, and in Los Angeles on Oct. 18-19 at the Nokia Theatre. International fans can check UNITED out on their upcoming dates in Puerto Rico, Brazil and Mexico – dates listed on their Facebook.

About UNITED: UNITED is a worship band that originally rose out of the youth ministry of Hillsong Church in Sydney, Australia. This progressive worship band is a global recording and touring entity sent out to share the ever-evolving worship music of Hillsong Church to an international audience through live performances and records. UNITED desires to see a generation across the earth awakened to real love, rising up with hearts as one and finding value in the broken, hurting and lost connecting with Jesus.

Releasing their first album in 1999, UNITED has toured six continents and 42 nations since 2006. The touring entity of UNITED has made a huge wave in the United States as they became the first Christian artist to ever sell out Los Angeles’ Staples Center last year. In addition to the Staples Center, UNITED has also sold out major venues in Seattle (ShoWare Center), New York (Hammerstein Ballroom), Atlanta (Gwinnett Center), Miami (BankUnited Center), Dallas (Music Hall) and two back-to-back sold out events in Boston (Orpheum Theatre).