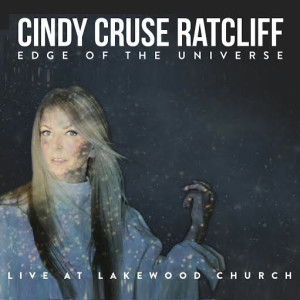 Cindy’s powerful, one of a kind delivery, energizes these songs filled with heart-felt lyrics and explosive melodies that will charge your atmosphere! You can see her perform the hit ‘God Alone’ at the Night of Hope events in a city near you!

ABOUT CINDY CRUSE RATCLIFF
Cindy Cruse Ratcliff is the Senior Worship leader at Lakewood Church with Pastor Joel Osteen. For over 12 years now, Cindy has been broadcast weekly to 100+ million households in the US, as well as international broadcast to Australia, New Zealand, Korea, China & Africa. Cindy was a major driving force behind the last 3 Lakewood Church CD’s, which sold in excess of 100K units each in which she is featured as a vocalist, writer, and co-producer. She is entering her 10th year on tour with Joel Osteen to sold out arenas and stadiums across the U.S and the world, including Madison Square Garden, Staples Center, American Airlines arena, Olympic arena-Sydney Australia, Belfast UK, Wimbley arena-London UK, NY Yankee Stadium, LA Dodger Stadium, Chicago’s Wrigley field, Miami’s Marlin Stadium and recently performing at the great Carnegie Hall.