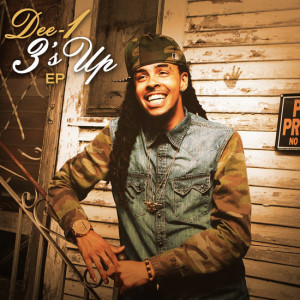 New Orleans-bred socially conscious rapper Dee-1 had a breakthrough year in 2010 when he released his song “Jay, 50, & Weezy” that boldly challenged the hip-hop luminaries to use their platforms to produce more positivity in their communities.

The former middle school teacher continues to speak his mind about the music business pitfalls in his latest song and video, “I’m Not Perfect (I’m a Christian),” that premiered exclusively on Yahoo Music.  Check out the video and interview below.

In the music video for the song that appears on Dee-1’s 3’s Up EP, he reveals his past insecurities about fitting in, resisting sexual advances from female fans, and even contemplating suicide.

YAHOO MUSIC: I’ve read you’ve had his life-changing spiritual awakening which prompted this song and the new lifestyle awareness you’re embracing. Tell me about why that’s important to where you are musically?

DEE-1: I’ve spent a long time trying to be “The best” but I realized this isn’t my talent. It’s God’s. That’s how I see it now. He’s given it to me to borrow while I’m alive, so I need to make sure my best is guided by that standard. It’s really a gut feeling. If God’s happy with my music, the fans will come and I have nothing to worry about.

In the video, you portray record companies telling you not to rap about being a Christian. Is that something that literally happened?

Yes, this industry is really crazy. I think that life is about learning new things and mastering those things. In music, those same valleys and peaks are looked at as successes and failures. Sometimes when people aren’t traveling down the same road as you, your journey seems crazy, or like you’re bound to fail. It seems crazy to yourself. While I’m not a Christian rapper, I am Christian, and I believe in authenticity, and who I am as a person should be who I am as an artist. I’ve learned I can’t negotiate on that part of my career. My skin was so thin when it came to that. At this point, it happened, I am still receiving side eyes for being so vocal but it doesn’t affect me as much. Like I said in my song, ‘I’m not perfect.’ I try to live to one standard, but I am also my own worst contradiction in certain aspects. I am who I am, take it or leave it. 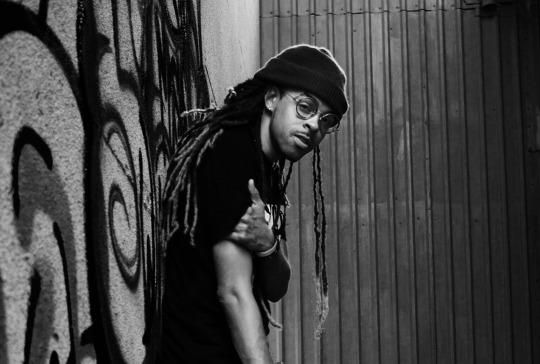 How have your old fans received your new music?

My old fans love my new music, but I think that’s because I’m learning to be more confident, and they can hear it. They’ve seen me grow and find a place in music. Now I’m setting up home, seeing what feels right, what might need to change. Funny to say, but when you feel mediocre, your music can border on that line too. I’m excited and feel passionately about what I’ve been recording and what I’m going to be sharing with my fans old and new this year; it just feels right.

In your statement at the end of the video, you say that you struggled with wanting to fit in and even contemplated suicide. What got you through that low point?

I think that everyone wants to be accepted to a certain degree and sometimes that’s what can lead you down a very dark path. At one time, I thought I wanted to fit in, and I realized I was really looking for happiness. Searching for happiness can sometimes lead you to other vices, as a result I felt like I was failing. Failure is not something I ever felt regularly, so I became wrapped in it. I’m learning that failure is a part of life, so instead of using that pain in other ways, I’m embracing it, learning to accept it, and using it as my motivation moving forward. It’s still a daily struggle, I’m on it though.

I’ve read that this song is the first in a series of three. What will we see in parts two and three?

I approach every song now like it’s my last song I’ll ever write, so you will get an inside look into where I’m at on things and what I’ve been through. While I’m learning that I’d rather be righteous in a conversation than right, I also can’t be unapologetic for my truth. That’s what part two and three dive into: how did I get here and where do I go from here?