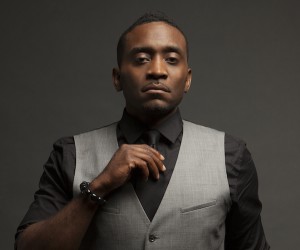 Christian rap artist Sho Baraka is gearing up to release his third studio album Talented Xth on January 15, 2013. The upcoming project will be Sho’s first full-length album as an independent artist.  With Talented Xth, dropping alongside MLK Jr. Day, Sho’s aim is to change urban culture by inspiring and challenging listeners to “be exceptional for the benefit of others,” he says.

Armed with a deeper resolve after traveling overseas and experiencing a broader scope of pain and struggle, he hopes to bring life to his community and others through music and various art forms.

Sho’s sophomore output, Lions and Liars, debuted at #15 on Billboard Hip Hop charts, #3 on Billboard Gospel charts and iTunes Hip Hop charts, and #14 overall on iTunes charts back in 2010. The groundbreaking album, which dealt with faith, manhood and popular culture, was also nominated for a Stellar Award for Best Hip Hop album. Since branching out from Reach Records, Sho joined forces with a collective of artists aptly named High Society to release the highly acclaimed mixtape Circa MMXI, and he also released Protest Package I as a member of the duo Hello Revolution. He has toured Africa and continues to perform across the U.S. while also being featured on several chart-topping albums. 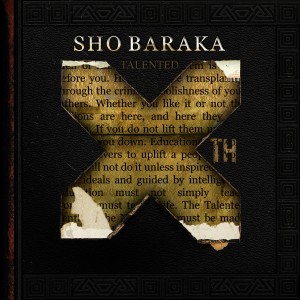 Sho Baracka’s “Talented Xth” album drops today and the song “Jim Crow” (aka “N—a Island”) is already generating some controversy in the secular and Christian communities.  You can listen to that song below. (Warning lyrics may be offensive to some listeners).

In the interview below with Christian Hip Hop Insider “Sketch the Journalist,” Sho Baraka explains his motivation behind the controversial song lyrics.

[…] listeners have been quick to dispute or at least question the language, saying Christian hip hop artists aren't supposed to use a […]