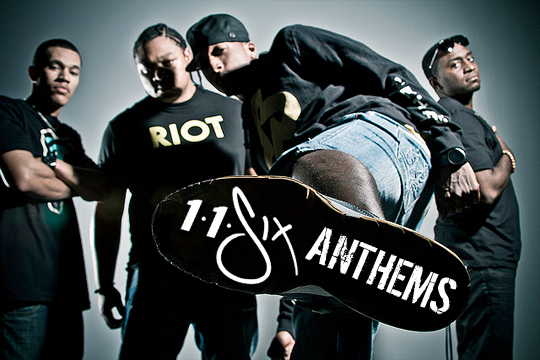 Reach Records is proud to announce the launch of The Vault, an original video series highlighting popular music videos from Reach’s extensive catalogue. Once a month via Reach’s YouTube channel, a new episode will be released complete with fun facts, trivia, and behind-the-scenes stories from the making of classic videos.

Seven episodes are currently slated for the new series, which kicks off today (July 12).

Episode 1 features “Man Up Anthem” from 116, a hip hop collective consisting of artists primarily signed to Reach Records. To date the official music video for “Man Up Anthem” has garnered nearly 4M views.

Be sure to subscribe to @ReachRecords on YouTube to catch next month’s episode of The Vault featuring one of your favorite Reach Records’ artist.

Watch Episode 1 of The Vault below: