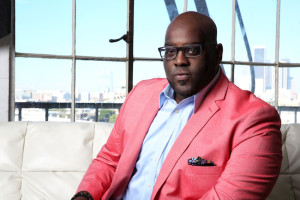 The track was written and produced by Clout Music Group CEO, Stan Jones, who has written songs for Beverly Crawford and Brian Courtney Wilson, among others.

The track is featured on Davis’ forthcoming debut album, “Never Be Defeated” (Clout Music Group/Tyscot), which will release later this year.

The Clout Music Group has also released a brilliant lyric video to introduce “He’ll Show Up Strong” to the YouTube audience (below).

Davis is an ordained elder in the Church of God in Christ. Durward and his wife, Sonya, currently reside in Tampa, FL.