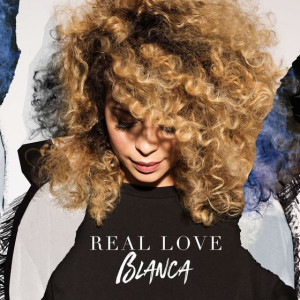 “Real Love,” the brand-new song from powerhouse vocalist Blanca, is now available at all digital service providers and digital retailers. Upon release on Aug. 25, Spotify immediately added the fresh single to its New Music Friday Playlist, which boasts more than two million followers. In less than one week, the track had already reached Top 20 status on Spotify’s all-genre Global Viral 50 Chart and Top 15 on the United States Viral Chart.

The official music video for “Real Love,” which can be viewed below, also released on Aug. 25 and appeared its entire first week out on Air1.com’s homepage. Air1 also added the song in advance of its official impact date, which is this Friday, Sept. 8. The video provides a sparse, stunning visual for the achingly vulnerable song.

“Real Love” was written in the wake of the recent death of Blanca’s mother, who lost her fight to cancer in December 2016. It was through facing her mother’s cancer battle and subsequent passing that Blanca realized she craved more than surface religion.

“This past year I walked through one of the hardest seasons of my life. I realized in that moment that ‘safe’ religion—checking the boxes, making sure I appeared like I was put together—wasn’t going to be enough to get me through this challenging season,” the singer admits. “I vowed from that day on to go to the deepest parts I possibly could with Jesus. I vowed to stop putting limitations on God’s real love for me regardless of my past mistakes, and I committed to leave ‘religion’ and all of my works and achievements at home in an effort to seek and find REAL LOVE.”

Listen to “Real Love” below: