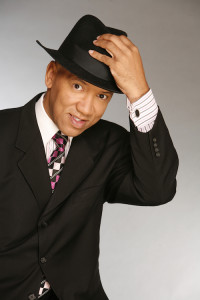 Many know Reggie Gay as a trendsetter when it comes to Gospel radio. Having been in the broadcast industry for over 30 years, he’s one of the most popular announcers in the genre. Those in Atlanta remember him on KISS 104 and Glory 1340. Currently, Gospel music fans hear him on AM 1480 WYZE in Atlanta on Sundays from 2 – 5PM ET; on www.ReggieGay.com 24/7/365. The Reggie Gay Gospel Show is heard not only in Atlanta, but the syndicated program also has broadcast affiliates in Chicago, IL, Cincinnati, OH, Greenville, SC, Louisville, KY and Nashville, TN. Download his app also from the App store or Google Play.

Heart disease is at epidemic proportion in the African-American community. The program will promote the American Heart & Stroke Associations “Check-Change and Control” program that encourages participants to closely monitor their blood pressure; take action when endangered….information about the initiative is on Heart.org.

The website, www.ReggieGay.com is the central location for all things Reggie Gay. Gospel music fans can enjoy both the radio program and archived episodes of the Reggie Gay Gospel TV show. The popular television program was inspired by the patriarch of Gospel TV, Dr. Bobby Jones. At a taping at BET Studios, Gay was encouraged to showcase local talent in the Atlanta area with his telecast which began in October 2010.

In addition to TV, www.ReggieGay.com also streams Gospel music 24/7/365 and there’s an app for iPhone and Android phones in the App Store; Google Play. 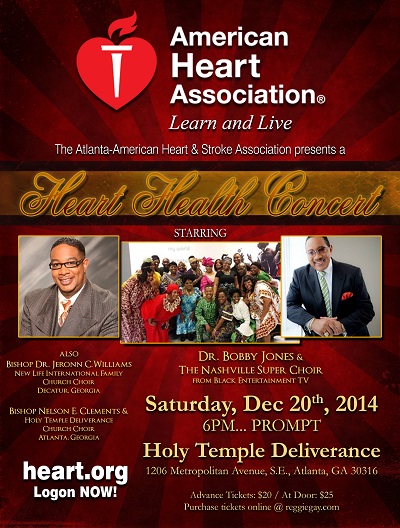 Reggie Gay received his Bachelor’s degree in Broadcasting from Eastern Kentucky University. His programs have been syndicated through Cumulus Radio Network on WQQK FM, known as 92Q, in Nashville, TN and WKXS FM, KISS 94.1, in Wilmington, NC. Since that time, he has served in various roles including Program Manager at Glory 1340, AM 1480 WYZE, Assistant General Manager at AM 1260 WTJH. He was featured as the band announcer for the Morris College Marching Wolverines in the hit movie, “Drum Line”.

The licensed and ordained minister is a member of the Stellar Awards Advisory Board and a recipient of the 2012 Atlanta Gospel Choice Broadcast Legend Award, the 2012 and 2014 Dekalb County African American Men In Gospel Award and the 2013 Brother Esmond Patterson Lifetime Achievement Radio Award.