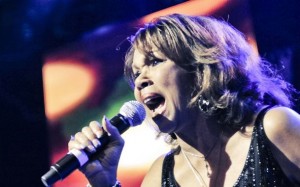 Four Time Grammy Award nominated music legend Candi Staton is featured in a special two-hour episode of TV One’s “Unsung” cable TV series. The popular series devotes two hours to the history of the 1970s disco era with fresh interviews by its key players such as Gloria Gaynor, Nile Rodgers (Chic), K.C. & The Sunshine Band and Candi Staton, among others.

Staton, who earned disco hits such as “Young Hearts Run Free”, “Run to Me”, “When You Wake Up Tomorrow” and “Victim” in the `70s, talks about the impact of disco music on culture and how her signature song “Young Hearts Run Free” was based on an abusive ex-husband. She also says in the piece that she grew tired of the disco lifestyle and became a born again Christian to save her soul. The episode airs this Sunday, March 3, 2013 @ 6:00 PM EST and Sunday, March 17, 2013 @6:45 PM EST.

Meanwhile, Staton is currently promoting a new gospel radio single, “I Will Sing My Praise.” The rousing ballad is a dynamic praise and worship song that she wrote as a conversation with God. “This is my personal contribution to God,” she says. “It’s not about trying to please anybody but God. This is my personal praise and I will to do it unto Him. But, I named the CD `I Will Sing My Praise to You’ so that listeners can put themselves in that spot and say, “Lord, I will sing my praise to you.” To hear the song listen below:

In Europe, Staton’s gospel music is enjoying anew popularity as London-based Defected Records has remixed her 2002 track, “Hallelujah Anyway”. New remixes by the legendary DJ Frankie Knuckles (who is also featured in the “UnSung” disco episode) and DJ Larse have hit the pop charts in South Africa, Belgium, Germany and England.

Visit www.candi-staton.com for more information on this soul-stirring artist.