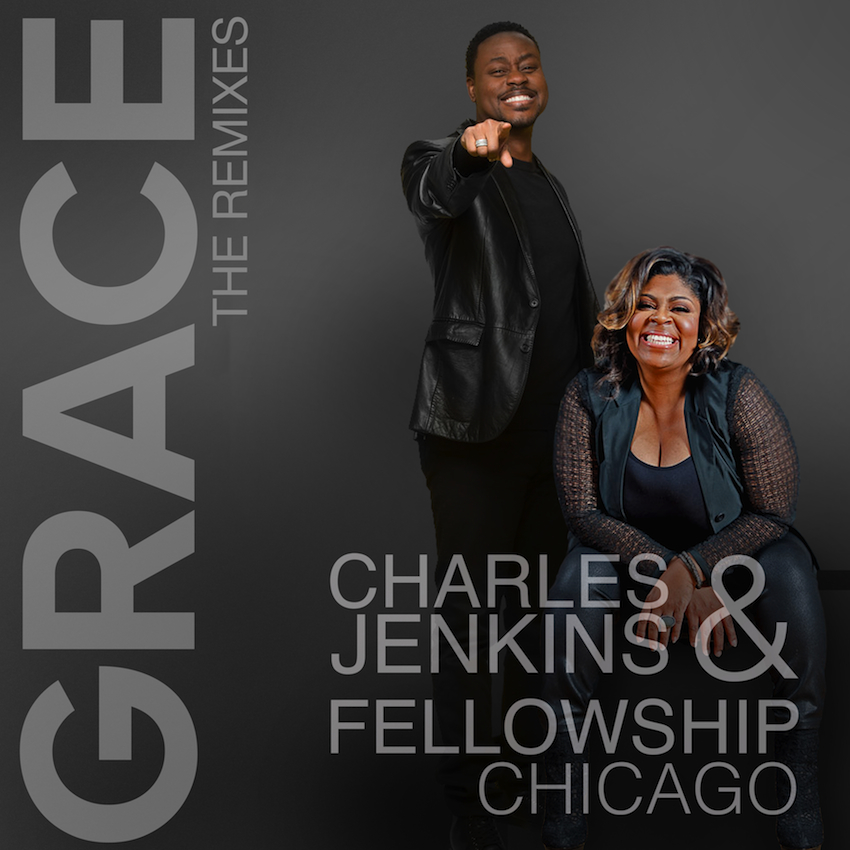 Best-selling recording artist, Charles Jenkins & Fellowship Chicago, have dropped a hot new digital EP on the heels of their smash hit, “Grace,” which has spent four weeks at #1 on Billboard’s Gospel Airplay chart.

“It is a proven fact that to whom much is given much is required,” Burrell says. “What a joy it was to share studio time with Charles Jenkins and his incredible mind. This release of ‘Grace’ speaks volumes of what he’s capable of. I’m proud to be a part of it.”

“The other day a music industry legend said to me, `Kim Burrell is everyone’s favorite singer,’” Jenkins adds. ”She’s been my big sister for a long time. She’s the first artist I invited to Fellowship over 20 years ago, so it was surreal to be standing in the vocal booth with her working on this version of `Grace.’ I call this version pound cake, the OMG version. I made this version for people who love the kind of stuff Kim Burrell does vocally. It’s my gift to singers and people who love super singing.”

The EP is available at all major digital service providers by tapping this link, https://empire.lnk.to/GraceRemixes

The St. Petersburg, FL native burst on the national music scene in 2012 when his debut radio single with Fellowship Chicago, “Awesome,” reached the No. 1 spot on Billboard Magazine’s Gospel Airplay chart and stayed there for 22 weeks. In 2014, the group followed up with the smash “#WAR” that also hit No. 1 on the Gospel Airplay chart and was cited as the most played gospel song of 2015 on Billboard’s end-of-the-year chart. Jenkins has enjoyed other Top Ten hits such as “Just To Know Him” and “Winning.”