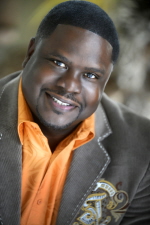 When Emtro Gospel artist, Troy Sneed penned and released the hit song “My Heart Says Yes”, he literally spoke those words into the atmosphere and allowed God to take the wheel over his life and career.

Well, just like the song’s lyrics, this Gospel Hitmaker’s “yes to God’s will and way” afforded him numerous open doors, including the noteworthy chart position of “My Heart Says Yes” on Billboard’s Top Five Hot Gospel Songs Chart.

As the doors continue to swing open, Emtro Gospel congratulates, Troy Sneed who was honored on June 18, 2013 by Broadcast Music, Inc. (BMI) in Nashville , for his song “My Heart Says Yes” during their BMI Christian Awards.

Troy Sneed is truly honored to be recognized by BMI amongst other phenomenal songwriters and publishers. Sneed expressed his gratitude for the honor: “God continues to show himself mighty and strong in my life!”  “Broadcast Music, Inc. honored the top songs played on Christian radio during the past year at the 2013 BMI Christian Awards, held Tuesday, June 18, 2013, at BMI’s Nashville offices. The annual awards ceremony saluted the songwriters and publishers of the past year’s most performed Christian rock, contemporary Christian, inspirational, southern and urban gospel songs on U.S. Christian radio.”

The BMI Christian Awards event honored many songwriters and publishers and BMI executives were in attendance and expressed their excitement about those being saluted.

“We are continually inspired by the messages of hope and faith spread through the Christian music community,” said BMI Vice President, Writer/Publisher Relations and awards co-host, Jody Williams. “BMI is privileged to represent and honor the best and brightest at our annual BMI Christian Awards.” “BMI Honors Christian Music’s Best at the 2013 BMI Christian Awards in Nashville .”

Look out for more great music from Troy Sneed this year and be sure to purchase his latest release All Is Well, available in stores and online!