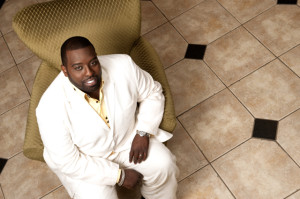 Gospel star Desmond Pringle has been in headlines recently for his Top 20 hit “Can’t Even Imagine.” A year ago, he would have never imagined becoming a celebrity spokesman for Cancer Treatment Centers of America and spearheading its “Our Journey of Hope” concert series to create awareness of cancer prevention/treatment among the faith community.

Even more unimaginable is that cancer would suddenly touch Pringle’s family. Last week his father, Bishop Lavern Pringle Sr., who was in the hospital for a check-up on another health issue, was thought to have a severe case of constipation. It turned out to be a malignant mass and he was diagnosed with stage IV colon cancer.

“We’ve got to herald the message of early detection, treatment, and the need for African Americans in particular to be proactively engaged in self care because my father was tending to everyone but himself,” Pringle says. “He’s from that generation that doesn’t go to doctors..” The elder Pringle died five days later.

“We’re in a state of shock,” Pringle says. “This was totally unexpected because he was just diagnosed Thursday and passed on Monday. He didn’t seem sick on the outside and was doing all of his regular things until this past week. He’s representative of the husband, the father, the brother, the uncle, the son and friend who are being diagnosed too late in the game. It’s horrible because he didn’t have to die. So, a few days before my last Cancer Treatment Center concert of the year, I get this news and I’m going to push this message so that my father’s death is not in vain.”

Pringle headlines “A Night of Hope & Inspiration” concert on Friday, October 18, 2013 @ 7 PM at West Angeles Church of God in Christ, 3045 Crenshaw Boulevard, Los Angeles, CA 90016. A Mass Choir and The Victory Praise Dancers will back Pringle. Aside from Percy McCray hosting, Psalmist Nikki Potts will perform and there will be a tribute to the late Bishop Walter Hawkins who passed away from pancreatic cancer in 2010.

Register for the free concert at www.ourjourneyofhope.com.