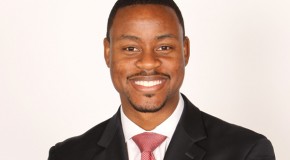 At some point, everyone has wanted to give up. Inspired People Music Recording Artist and multiple award winner Pastor Charles Jenkins seeks to encourage the believer to hold on with his brand new single, “I Will Live”.

The 2013 5-time Stellar Award Winner is known for his smash hit, “Awesome”, a single that catapulted the Pastor and songwriter to the top of the Billboard charts. Hot on the heels of the popular praise tune, Jenkins delivers a brand new song, “I Will Live”, from the latest CD, The Best Of Both Worlds. Already exploding at radio and soaring up the BDS Charts, “I Will Live”, is an anthem of declaration.

The song was penned by Carlton Jenkins, brother of Pastor Charles Jenkins. Pastor Jenkins wants the song to become an anthem for youth rebelling against senseless street violence.

In addition to releasing the song, Pastor Charles Jenkins is encouraging people to maintain a healthy mind, body and spirit. He will be holding a contest where fans can submit an essay explaining how they plan to live a healthier life in 2013. The First Place Winner will receive prizes, all inspired to create healthy living.

In addition, Jenkins will be hitting the road promoting the new single.  More details on the contest and the tour are forthcoming.

Pastor Charles Jenkins is a dynamic, inspirational and visionary religious and community leader. He is widely known as the Senior Pastor of the legendary Fellowship Missionary Baptist Church in Chicago, Illinois, where, under his leadership, the membership has grown to 8,000 members.

The author of the leadership book, Thriving In Change, he is also a GRAMMY® Award-winning songwriter, an accolade he received working with Israel Houghton and New Breed on the Alive in South Africa album penning the song “You’ve Been A Friend”. His latest CD project with Fellowship Missionary Baptist Church-Pastor Charles Jenkins Presents Fellowship Chicago Live: The Best of Both Worlds, released in June 2012.