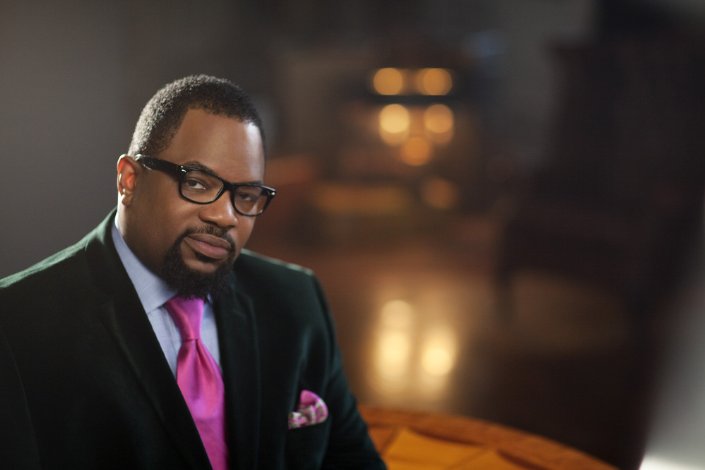 The GMA (Gospel Music Association) Foundation announces today its inductees and honorees for the annual GMA Honors Celebration set for Tuesday, May 10 at Lipscomb University’s Allen Arena. Inductees include Hezekiah Walker, Howard Rachinski, The Nelons and Russ Taff. The event also honors individuals and organizations that are impacting our culture both past and present. This year’s honorees include Catherine Brewton for Hope for Harvest, Jars of Clay for Blood: Water Mission, Michael W. Smith for Rocketown and Gospel Music Trust Fund. Performers and presenters will be announced in the coming weeks. For ticket and table sponsor information, please visit www.gmahonors.org.

John Huie, CAA and GMA Honors Co-Chair says, “It is both humbling and exciting to see this special evening continue to grow. In just three years, this event has become one of the highlights of the year for the Gospel and Christian music industry. It is a great way to gather a lot of wonderful people for a night of celebration.”

Hezekiah Walker: Gospel singer, composer and choir leader, Bishop Hezekiah Walker and the Love Fellowship Choir took the world by storm with their sensational and innovative sound. Bringing a more youthful and hip-hop style than his predecessors, Hezekiah Walker and LFC quickly became one of the most popular choral groups in contemporary gospel. Walker not only began selling records but choirs around the world began to emulate the moves and blend of LFC. With numerous accolades including Dove awards and Grammys to their credit Hezekiah Walker and LFC have influenced the sound of a generation. As Bishop of Love Fellowship Tabernacle Church, his staunch message and innovative sound has earned him the moniker, “Pastor of Hip Hop.”

Howard Rachinski: Rachinski is President/CEO of Christian Copyright Licensing, Inc. (CCLI), and founder of the Church Copyright License, which helps churches comply with the copyright law. CCLI is currently serving approximately 250,000 churches in 28 countries. He is also a contributing editor to Worship Leader Magazine and has received numerous honors for his leadership in the Gospel music industry, including the GMA’s Impact Award in 1994.

The Nelons: One of Southern Gospel’s more progressive acts, The Nelons, formerly known as The Rex Nelon Singers was formed in 1977 and has a series of changes within the group. In 1980, The Nelons achieved a rare accomplishment in the music industry as their song “Come Morning,” hit the No. 1 slot three times in non-consecutive months.

Russ Taff: Initially known as “the voice” of the legendary Imperials that captured numerous industry awards and a major player in the CCM, Taft forged into a very successful solo career. His ability to stretch the boundaries with his music and his eclectic taste in music is reflected in all of his recordings and live concerts. Taff is very instrumental in broadening the audience for Christian music as he drew from all genres to create his indelible sound. Hailed by Billboard Magazine as “the single most electrifying voice in Christian music,” Taff has received numerous accolades, including five Grammy awards and nine GMA Dove Awards.

Catherine Brewton for Hope for Harvest: Catherine Brewton, Vice President, Writer/Publisher Relations of BMI, founded Hope For Harvest, a four-day event as an effort to fund and continue the services provided by Community Outreach Christian Ministries/The Harvest Center after the passing of her mother, Pastor Barbara Brewton-Cameron. This life-changing outreach impacts the community of Charlotte, N.C. by not only providing necessary living items to Charlotte’s under-served youth, but also provide an escape through music, dance and words of encouragement. Last year, Hope for Harvest fed over 2,000 homeless citizens of the Charlotte community and raised awareness and funds towards the alleviation of homelessness. In the music industry Catherine’s reputation proceeds her. She was named 2013 Billboard Magazine “Woman of The Year.” Vibe, Ebony, Marie Claire and many other publications have lauded her and her many efforts for the advancement of arts, as well as her philanthropic passions

Jars of Clay for Blood: Water Mission: Founded by the Grammy and Dove award-winning supergroup Jars of Clay and activist Jena Lee Nardella, Blood: Water has raised over $27 million in a call to personalize the HIV/AIDS crisis in Africa. Since its launch in 2004, Blood:Water has worked alongside more than a dozen African organizations to bring clean water and HIV/AIDS support to over one million people in 11 countries. Jars of Clay has sold millions of albums and received GRAMMY, American Music and Dove Awards nominations, 16 No. 1 songs and major television and film song placements, while also appearing on major late night talk shows and entertainment magazines.

Gospel Music Trust Fund: Established in 1983 by the late Herman Harper (The Harper Agency) and a member of the Oak Ridge Boys, the Gospel Music Trust Fund exists to provide financial assistance in the event of catastrophic circumstances to those individuals who have derived a substantial portion of their income from the field of Gospel music. Through generous donations and fundraising activities, the foundation has distributed hundreds of thousands of dollars to artists, writers, musicians and business professionals in need.

Individual or full tables are available for purchase, which include full dinner service with our honorees and guests. Sponsorships are also available for the GMA Honors Ceremony. Please visit www.gmahonors.org. The event will commence at 6 p.m. on Tuesday, May 10.