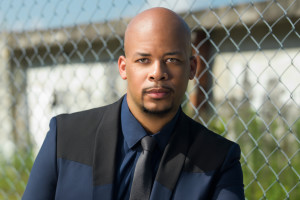 FIYA World Music/eOne Gospel Recording Artist James Fortune is celebrating a 12 year music anniversary by asking his ministry supporters to give of themselves (however they can) over the remaining six weeks of 2016.

Twice a week via social media, Fortune will post new suggestions and directives on how supporters can consider giving. Examples include: Make the Phone Call You’ve Been Putting Off, Give Yourself a 30 Minute Break Today and Compliment a Stranger. In a pay-it-forward fashion, Fortune hopes this initiative will help deter seasonal depression and general stress that can come with end of year activities.

“There’s so much hurt and pain in the world that sometimes we feel our personal actions to combat that are ineffective. That’s so far from the truth though. If we all intentionally connect with one person on a daily basis and display an act of kindness, I believe that effect could be felt on a far greater scale than we think,” shares Fortune.

The campaign officially kicks off on Tuesday, November 22 and you can follow James Fortune on Instagram, Facebook and Twitter via @mrjamesfortune for weekly updates. To culminate the kick-off day, Fortune will perform at the request of Houston Rocket’s Point Guard & 2016 NBA All-Star player James Harden who will distribute Thanksgiving meals to 200 families in need in the city of Houston, TX.

James Fortune is a multiple ASCAP Songwriter and Stellar Award-winner and two-time Grammy nominee. A new radio single will be released January 2017 as a precursor to his upcoming FIYA World Music/eOne album release next year.