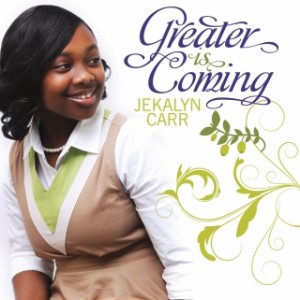 The show was hosted by Bishop John Francis with special guests, Canton Jones, Sam Collier & Kirk Franklin’s, The Walls Group. You can check out the full video of the show here.

At such a young age, Jekalyn has already gained a wide range of national attention with appearances on The WORD Network, “Atlanta Live” and as a special musical guest at international televangelist Benny Hinn’s crusades. Most recently, Jekalyn was featured in JET Magazine as one of the “Top 10 New Faces You Need to Know.” The 15-year-old singer was the youngest and the only teen on JET’s exclusive list of “young, gifted and black” professionals at the top of their field and under 40 years old.

The album “Greater Is Coming” is available @ Walmart also Online @ Amazon and iTunes.