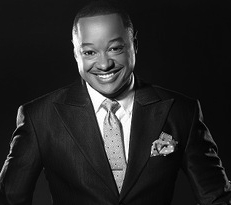 Daughtry’s debut album will be released in 2014. Signing with Karew Records is Daughtry’s next step in his musical journey. “I am honored that God led me to a recording deal with Karew Records, says Daughtry. “I believe there is so much more for me to do, both in ministry and my professional music career. My goal is to bridge the gap between the old and the new, transcending denominations, culture, and generations. My album is a healthy mix of contemporary and traditional praise and worship songs. Having traveled as far as the shores of Africa to the islands of Turks and Caicos, spreading the Gospel, God has truly blessed me beyond measure. And as the word says, I declare, that my eyes have not seen, nor have my ears heard, neither can my mind conceive of the good things that God has prepared for me. The best is truly yet to come.”

Karew Records’ General Manager, Darrell Thompson noted, “David is going to excite Gospel musical fans everywhere with his unique ability to usher them into God’s presence with the gift God has blessed him with. We are pleased to have him join the family.”

A highly-skilled musician and psalmist, Daughtry has been an essential fixture within the Gospel music and entertainment industries for over a decade. He currently serves as the Director of Praise and Worship at West Angeles COGIC (Bishop Charles E. Blake). His extraordinary vocal talents has paired him with world-renowned and award-winning recording artists such as Aretha Franklin, Patti LaBelle, Kim Burrell, and Yolanda Adams, just to name a few. He has appeared on various nationally televised events including the GRAMMY® Awards, the BET Awards, the American Bible Challenge, the Espy Awards, X-Factor, American Idol and more. Daughtry has also appeared in several feature films including First Sunday, Something New, and Bishop T.D. Jakes’ Woman Thou Art Loosed. Born and raised in Milwaukee, Wisconsin, Daughtry was trained by his mother, who doubled as a spiritual mentor and musical instructor, teaching him to read and play music at the tender age of 6.

Karew Records’ current roster includes multiple award-winning recording artists Karen Clark Sheard, Kierra Sheard, and The Clark Sisters. In 2013, Karew Records released Jonathan Nelson’s #1 debut album, Finish Strong, the family owned label celebrated a string of successes since its 2009 inception. The multiple GRAMMY® Award-winning Clark Sisters released the first recording on Karew Records (2009) with The Clark Sisters’ Family Christmas. Clark Sheard’s Karew debut release followed with All in One (2010) and debuted at #3 on Billboard’s Top Gospel Albums chart. Clark Sheard also received the Stellar Gospel Music Award for Female Vocalist of the Year for All In One along with a GRAMMY® nomination for Best Traditional Gospel Album, and GMA Dove and BET nominations. The label has also released daughter Kierra’s, Free album (2011) to rave reviews and a #1 debut on Billboard’s Top Gospel Albums charts. She also was named the winner of the 2013 Stellar Award’s Albertina Walker Female Vocalist of the Year and received numerous other honors and nominations for the Free project.