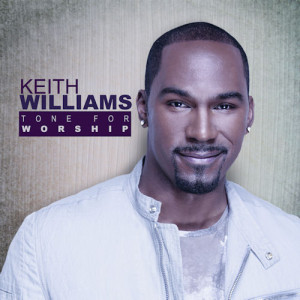 Lauded by one of gospel’s top music critics Bob Marovich of The Black Gospel Blog, TONE FOR WORSHIP has received three out of five stars.

Keith Williams promotional tour alongside Earnest Pugh and Vincent Tharpe & Kenosis has been successful, at concerts around the country and continues to hit major markets such as Chicago, Richmond, Oakland, Houston, Detroit, Baltimore and Memphis at the Memphis Gospel Music Festival among more.

Keith Williams is new to the national music scene but not new to the music industry. A former worship leader at the historic Ebenezer Baptist Church in Atlanta where Martin Luther King, Jr. once preached and a seasoned behind-the-scenes veteran, he’s served artists as diverse as Aretha Franklin, Jennifer Holliday, Patti LaBelle and his musical collaborator and business partner, Earnest Pugh. He’s now stepped down from his position at Ebenezer to focus on his solo career and his new role as head of A&R for Pugh’s EPM Music Group.