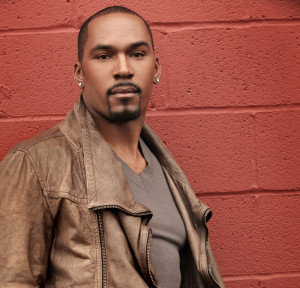 The sultry tenor known as Keith Williams is preparing for his second national release. The ten-song “Tone For Worship” (EPM Music Group) CD releases online and in retail chains on September 10, 2013.

The uplifting urban inspirational and faith-oriented songs are designed for those who enjoy their gospel with a velvety touch and warm sophistication. These tunes set the tone for worship at home, driving down the freeway or from a Sunday morning church pew.

The opening number is the finger-snapper “So Good To Be Back” that simply celebrates church fellowship with an old school R&B flavor. Then, the current radio single – “As For Me and My House” – ignites our ears with an engaging Chicago steppers groove courtesy of producer Mark Jackson, who has collaborated with R&B star Trey Songz. At no time does Williams or his co-producer for most of the album, Robert Ellis Jr., present this brand of gospel in the feverish manner that most gospel acts do. Instead, he creates a nuanced sonic atmosphere that bridges the slight gap separating neo-soul and smooth jazz. If Maxwell, Kem or Sade were gospel singers, their music would smell like the musical dinner Williams is serving us.  You can check out samples in Williams’ newly released promo video below.

The balmy “You Are My Way Through,” “Tone For Worship” and “Anticipation” ballads are punctuated with spare jazzy piano chords that allow the intimate resonance of Williams’ enthralling voice to breathe through effortlessly. The sing-along “Strength” has a shoulder rocking `70s R&B feel and a couple of cool scat runs. The up-tempo “Behind Me Now” evokes some of Stevie Wonder’s more percussive moments on “Songs in the Key of Life.” The enchanting “All For You,” produced by Marque Williams, deserves a prime spot on smooth jazz radio playlists around the globe. Carlos Woodard of the Major3rd production team delivered the soulful anthem, “I Believe God.”

Williams is a classically trained pianist and vocalist. He’s spent the last two decades as a worship leader at prestigious churches across the United States such as Ebenezer A.M.E. Church in Ft. Washington, MD and the historic Ebenezer Baptist Church in Atlanta. Over the years, Williams has written songs for Jennifer Holliday, Dottie Peoples and others. His debut CD, “…& Again I Say Rejoice,” appeared in 2008. As President and Creative Director of EPM Music Group, Williams has also been at the helm of the production and arranging of Earnest Pugh’s #1 hits “Rain On Us” and “I Need Your Glory.”

Visit www.IamKeithWilliams.com or www.epmmusicgroup.com for more news on Keith Williams and the exciting activities in his life and music.