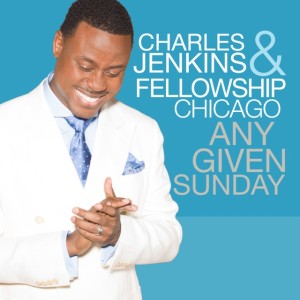 “War is a victory anthem, fight song, and an inspirational prayer,” says Jenkins. “I believe everyone is fighting for victory in one way or another every day. Sometimes life is like a boxing ring and Satan brings new and often multiple opponents into our lives. This song is a reminder of who you are, whose you are, and calls on your faith, strength, and hope in God. It is a reminder not to settle for defeat when victory is an option.” Chicago’s Spin Artist agency just cut a slick “WAR” music video that begins rotating on Aspire TV and other video outlets this month.

An established Grammy® Award-winning songwriter and pastor of the 8,000-member Fellowship Chicago church, Pastor Jenkins burst into the national spotlight when he and the Fellowship Chicago choir’s radio debut “Awesome” topped Billboard Magazine’s Hot Gospel Songs chart at #1 for 22 weeks in 2012. It also won a BMI Award in 2014 for over 50,000 lifetime radio spins.The album “Best of Both Worlds” debuted at #1 holding the spot for 3 weeks on Billboard’s Gospel Album sales chart, garnered five Stellar awards, a historic win for a new artist, and featured one more chart single, “I Will Live.”