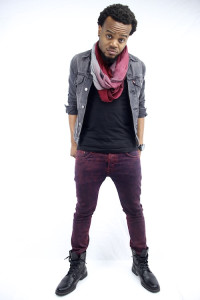 Independent singer/songwriter Travis Greene has been touring the country creating quite the buzz among both gospel and contemporary Christian music fans. Recognizing the talent and potential of this culturally diverse artist, RCA Inspiration offered the young minister a spot on its coveted roster and Greene accepted.

Announced today, Travis Greene signs an exclusive recording agreement with RCA Inspiration. Under this deal, RCAI will exclusively distribute and provide marketing and promotional services for future albums by Greene.

“I could not be more grateful and excited to join the team at RCA Inspiration,” said Travis Greene. “I pray that God will use the songs on my heart to help transform lives around the world. These past few years have been quite a journey, and from it I’ve gained a new perspective on life. Get ready, this is just the beginning!”

“One of our goals is to seek out the best up and coming artists in the business,” said Geo Bivins, General Manager of RCA Inspiration. “Travis is an amazing singer and songwriter with a unique following. He’s true to his ministry and creates music people immediately connect to.”

“We are equally excited to have Travis on our label”, said Joseph Burney, Vice President, A&R of RCA Inspiration. “Travis has a fresh sound and brings authentic ministry to the masses of music lovers. His choruses are sure to resound in the sanctuary, and everywhere great music is heard.”

ABOUT TRAVIS GREENE
For 30 year old singer/songwriter Travis Greene, destiny announced itself several times. Travis entered into this world with complications that threatened his survival. At the age of four, he was pronounced dead after falling four floors out of an apartment window in Germany. As his mother picked up the lifeless body of her child, she called on Jesus over-and-over, praying until he came back to life. These near fatal and precious testimonials of life preface the anointing of a young man destined to minister to the world. Growing up in a military family in various parts of the world, Travis used music as an outlet to overcome many heart-breaking and crucial life experiences. Through his own broad style of music and ministry, Travis accepts the personal challenge to continually unify the body of Christ as one. The passion that dwells in him allows him to use his gifts as an instrument to help, heal and bring positive change to the lives of God’s people. Travis, his wife Jackie, and their son, David Jace, currently reside in Charlotte, North Carolina.