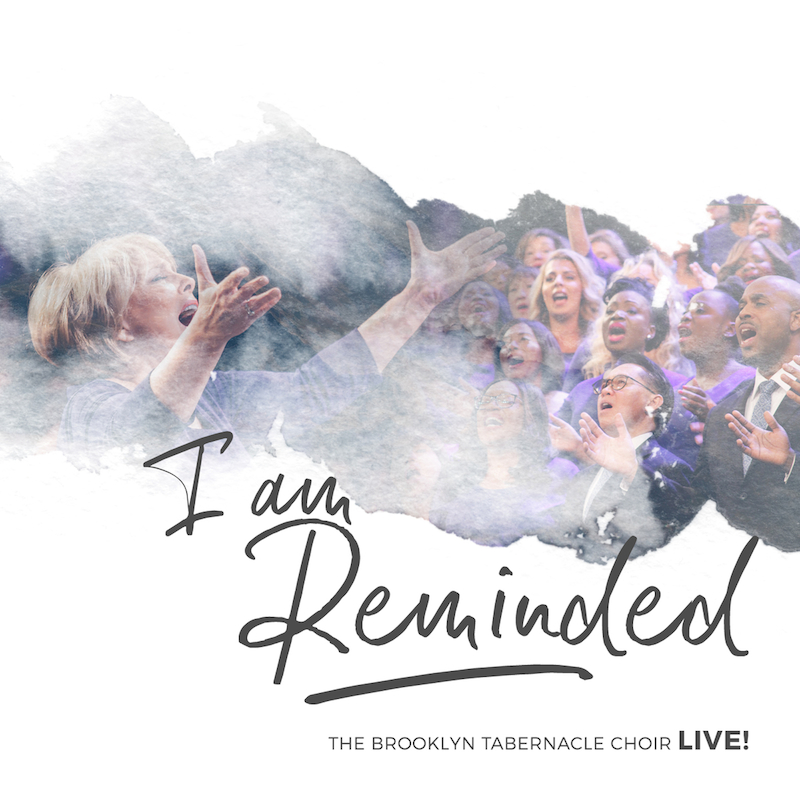 When it comes to choirs, they’ve done it all. They’ve sold-out Madison Square Garden. They sang after James Taylor and before Beyoncé at President Obama’s second inaugural swearing-in ceremony.  They’ve earned 11 Grammy® Award nominations and won 6 of them.

Millions of sales later, the legendary aggregation known as The Brooklyn Tabernacle Choir, releases the 30th album of its 45-year existence, I Am Reminded (Brooklyn Tabernacle Music/ Provident), on April 6th in retail stores and all major digital platforms: http://smarturl.it/IAmReminded

I Am Reminded is an eclectic collection of worship anthems that span the traditional black gospel styling of “Now, I’m On My Way” and a remake of Walter Hawkins’ 1991 gem “Thank You” to the lushly orchestrated majesty of “Psalm 23,” “Jesus, It Is You” and “That’s Why God.” The first radio single, “God Surprised Me,” is an up-tempo and pleasant throwback to the rich choir sounds of the 1990s. It’s led by frequent soloist, Pam Pettaway.

Carol Cymbala (wife of The Brooklyn Tabernacle Church’s Senior Pastor Jim Cymbala, and daughter of the church founder, the late Rev. Clair Hutchins) founded the 300-voice troupe with eight members in 1973. The ensemble is a blend of ethnic and economic backgrounds, with members ranging from lawyers and doctors to former drug addicts. Their amazing legacy includes six Grammy® Awards, seven Dove Awards, three #1 Billboard charting albums and over five million in sales and consumption. Visit http://www.brooklyntabernacle.org for more history.