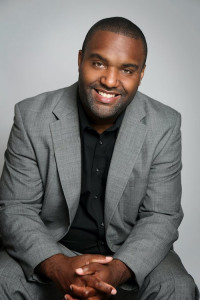 Many know Gospel artist Phillip Carter as the leader of Stellar Award-winning ensemble, Phillip Carter & SOV. Others recognize him as the owner of the Gospel record label, SOV, Inc., and still others are familiar with him as the co-visionary of the annual Independent Gospel Artists Alliance Conference held each July in Chesapeake, VA. Now Carter will also be known as the first Gospel artist to have his music exclusively available in the public library system through Altavoz Entertainment.

Altavoz is making the artist’s Songs of Phillip Carter the first exclusive library release of a musical recording via the Public Library system. Instead of getting it first online or at a store, fans of Carter’s music can visit their local library to hear this new music from the world renowned Gospel artist, musician, and producer. Songs of Phillip Carter will be available digitally on Wednesday, May 13, 2015 with the full CD dropping later this fall.

According to Nelson Jacobsen, CEO of Altavoz Entertainment, “This is really taking Keith Richard’s ‘the public library is the great equalizer’ idea and going the next step by rewarding the library with exclusive content, and the library users and music fans with the chance to hear new music for free.”

Carter is excited about the partnership as well. He says, “This is the first release of its kind and a ‘win, win’ for the Gospel Community as people are looking for new ways to expose people to Gospel Music. I, along with my company, SOV, Inc., are ecstatic and grateful about the opportunity to be exclusively released in the library system”.

This Altavoz Entertainment release from SOV, Inc.’s The Songs of Phillip Carter will be digitally available via Hoopla Digital and physically available from Midwest Tape. Since this is the first of its kind project, Altavoz has teamed up with new crowdfunding and micropayment solution provider, JETCO Research, to enable the DO U LUV it tiny campaign on its website. To raise awareness on social media, use the hashtag, #exclibrary, on Facebook, Google+, Pinterest, and Twitter.

About SOV, Inc. | Phillip Carter:
SOV, Inc. is the record imprint and home to Stellar Award Winner Phillip Carter. He has rapidly risen to national and international acclaim status as a gifted and anointed gospel recording artist, prolific songwriter, accomplished musician, talented producer, and noted workshop facilitator. Phillip Carter and his group, Sounds of Victory (SOV), are the 2010 Stellar Award Winners for Fan Favorite Choir of the Year. Phillip also produced the 2010 Stellar Award Winner for Children’s Performance of the Year, “Amazing”, by Dr. Emory Andrews and the Oxon Hill High School Gospel Choir. Carter earned a Bachelor of Science Degree in Music Education with a Concentration in Piano and Minor in Voice from Bowie State University. While attending college, he served as the Director of the Bowie State University Gospel Choir and Assistant Director of the Howard University Gospel Choir. For more than a decade, Carter has touched the lives of many young people as a music and choral teacher as well as a mentor at public schools in Washington, D.C. and Prince George’s County, Maryland. Carter currently teaches Music and Computer Technology in Fairfax County, Virginia. Phillip Carter is co-founder of the highly successful Independent Gospel Artists Alliance Conference. For more information, log on to www.sovministries.com or www.indiegospelalliance.com.