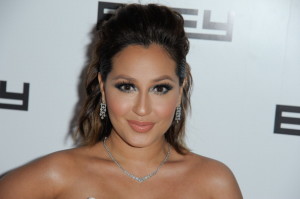 The annual event joins together key NFL Players, top Gospel/Contemporary Christian and mainstream GRAMMY® Award-winning artists and special guests all on one stage to bring audiences an evening of uplifting music and inspirational messages.

“The Real” co-host and singer Adrienne Bailon and “Mr. Robinson” actor Brandon T. Jackson (Below) will host this year’s milestone event. For the third year in a row, the show will be broadcast on Super Bowl Sunday, February 7, 2016 on BET at 10:00 AM and Centric at 7:00 PM. Tickets can be purchased at Ticketmaster.com. 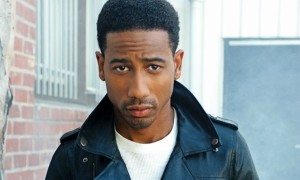 In a special honor this year, former Oakland Raiders player and new NFL Hall of Fame inductee Tim Brown, will be presented with the “Lifetime of Inspiration Award.” Retired Baltimore Ravens player Ray Lewis and Coach Tony Dungy previously received the honor in 2009 and 2013, respectively.

“We founded this event to bring even more inspiration and celebration to one of the biggest events of the year – the Super Bowl,” says Melanie Few-Harrison, Creator & Producer of Super Bowl Gospel Celebration. “Each year we aim to make the Super Bowl Gospel Celebration bigger than the last with artists and special guests from all backgrounds. Given the rich musical history and culture of The Bay Area and a powerful line-up of talent, this year’s concert will be sure to kick off Super Bowl Weekend.”

The NFL Sanctioned Super Bowl Gospel Celebration gives back to each Super Bowl host city. Since 2002, more than 5,500 tickets and donations have been given to worthy organizations including Special Olympics, Urban League, Project Wave, YET and other charities. This year, SBGC will donate funds to the NFL Player Care Foundation (PCF) which is an independent organization dedicated to helping retired players improve their quality of life.