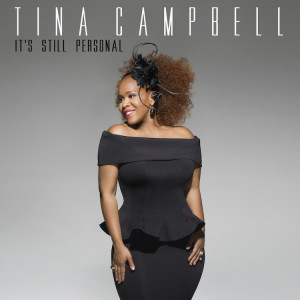 Fans will be treated to a free, live viewing of Tina and husband Teddy’s hit web series, “10 Minutes with Tina and Teddy” followed by audience Q&A on Saturdays in each tour market, as stand-alone shows, taped for future web postings.

Listen To Interview Below: “TINA CAMPBELL Defends Decision to Sing with Snoop Dogg on Gospel Album”

Currently available as a pre-order, Tina’s upcoming solo release, It’s Still Personal, will be out on Friday, September 29th. All fans pre-ordering the new album will automatically receive a download of first single “Too Hard Not To.”

The singer unveiled a video for “Too Hard Not To” in an exclusive premiere Friday, August 11th, on Essence.com. Sitting at the top of the home page of the popular web site, Tina’s gorgeous video fully enhances the song’s lyrics, a message that Tina has lived by and has shared with fans since overcoming a near devastating marital crisis a few years ago.

The creation and recording of It’s Still Personal will be highlighted throughout the upcoming sixth season of Tina’s original hit WE tv show, “Mary Mary.” The final season of the NAACP Nominated series premieres September 28th, 9PM ET/PT