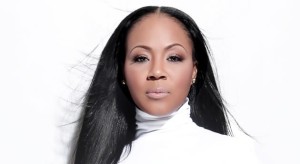 Erica Campbell is revealing why she and her Mary Mary group member and sister Tina Campbell will never sing mainstream R&B music.

Campbell, 42, has Grammy, AMA, ASCAP and Image awards among others with her sister as a member of Mary Mary. However, she has made sure to do so as a gospel singer who has never compromised her beliefs to make mainstream music.

“I would never sacrifice my destiny for a dollar sign, and I think far too often in entertainment, we do that,” Erica told Sister 2 Sister in the June/July issue of the publication. “They absolutely told us that there would be another million dollars on top of the offer if we sang R&B. They offered us that several times, even after the first record came out.”

Still, Erica spoke about why she and her sister never went down the path of more money to compromise their values.

“We were never tempted by that because I think serving your purpose in life and knowing your place and your position and living out your destiny is much more important than a dollar sign,” she told Sister 2 Sister magazine.

Despite never selling out so that her sound can resonate with mainstream audiences, Erica released her first solo gospel album Help that treated listeners to a multitude of different genres. With different sounds like guitars, harmonicas and ukulele the Mary Mary group member made her mark as an individual. Unique production and heartfelt stories branched out of the traditional gospel music sound.

She previously spoke to The Christian Post about her aim when making music, which is far beyond making money.

“I just hope that they hear and see my heart in the things that I say and the music that I sing.” “The real purpose is to reach people for Jesus.”