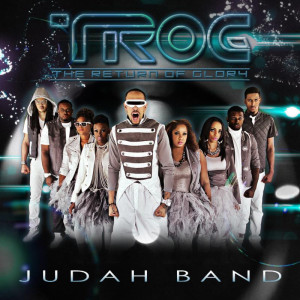 The words Energetic, Vibrant, Musically Colorful and Anointed, are most fitting when describing, the new Gospel group, Judah Band, who are gearing up to launch their, “Will Rock For God Tour” this week.

Hailing from Indianapolis, IN, under the leadership of singer, songwriter and producer, G. Randy Weston and new management, Media Concept Solutions, this uniquely blended group is not just a band but a God inspired global movement.

Judah Band includes multi-talented musicians and singers who are committed to their faith, the love of Christ, with one mission to give God glory through their music.

On the brink on releasing their new project “The Return of Glory”, Judah Band continues to make major strides in Gospel Music with their unique sound and creative mix of Gospel, Rock, Pop and Classical genres.

Judah Band’s rare sound, musically stands out on their new song “Hey Hey”, which has received phenomenal reviews from radio and media across the country.

“Hey Hey” is a bold and vibrant anthem of praise which soars directly to God, acknowledging that “He deserves All of Our Praise”.

As reviews continue to pour in, the band’s music, energy and mission has also afforded them the opportunity to share their music on the National media front on The Word Network show “Live with Lexi”.

Judah Band’s Live National appearance on The Word Network kicked off their, “Will Rock For God” tour. The first leg of the tour will begin Wednesday, June 11th in Marion, IN and continue in several markets, including, Atlanta, GA and Jackson, TN.

Fans may catch Judah Band perform their hit radio single, “Hey, Hey” and more on the tour dates listed below:

As a group and ministry, Judah Band is “Equipped to fight. Made to serve, and ready to boldly declare that God’s Gets All The Glory!”

New project “The Return of Glory” to be released Fall-2014!

For More Information on Judah Band and the Will Rock For God Tour visit: www.judahband.com