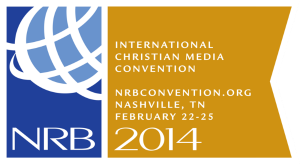 This weekend, thousands of Christian media and ministry professionals will converge at the Gaylord Opryland Resort and Convention Center in Nashville, TN, to take part in the National Religious Broadcasters (NRB) International Christian Media Convention – the world’s largest annual gathering of Christian communicators.

For four days, NRB Convention participants will be exposed to new media insights, connections, resources, and opportunities that will help them and their organizations to advance. Beginning February 22, they will attend a broad range of educational sessions; network with like-minded individuals and organizations; and be inspired by nationally and internationally known speakers and artists.

“The NRB Convention is a ‘must attend’ on the calendar of many Christian media and ministry professionals,” explained NRB President & CEO Dr. Jerry A. Johnson. “In the course of just a few days, you can make more strategic connections and gain more knowledge and resources than you might in the course of a year. It’s a one-stop venue for what many need to more effectively reach people for Christ.”

A highlight of the annual gathering is the bustling Exposition, the largest marketplace dedicated to Christian media professionals seeking to harness the power of electronic media to spread the Gospel. Nearly 200 companies, ministries, and organizations will showcase their products and services on 135,000 square feet of exhibit space, including broadcasters, non-profits, educational institutions, publishers, media agencies, and broadcast equipment and software companies.

Perhaps one of the greatest benefits of attending the Convention is the chance to meet and speak directly with representatives of leading Christian organizations, including the Baker Publishing Group, the Billy Graham Evangelistic Association, Campus Crusade for Christ, Charisma Media, Family Research Council, Focus on the Family, Gospel for Asia, HOPE TV, LifeWay Christian Resources, SAT-7, The Salvation Army, The Voice of the Martyrs, Tyndale House Publishers, and more.

“NRB allows me to meet ministry leaders and decision makers face-to-face,” commented a participant from last year’s Convention. “That personal relationship makes all the difference in our interaction together throughout the year.”

Another participant added: “The NRB Convention is the highlight of my year. I have had so many God encounters and met so many great people. It truly is a blessing to have an atmosphere and event to receive support from peers and mentors in the industry and to meet new people that God puts in your path.”

As in previous years, the NRB Convention will offer approximately 40 educational sessions led by professionals at the top of their field. These sessions offer participants topics such as fundraising, marketing, video production, social media, technology, and leadership. Sessions this year include “Websites Done Right,” “Keeping Up with Copyright Laws,” “Audience Engagement in a Post-140 Character World,” “10 Secrets to Building an Effective Web-Based Ministry,” “Digital Strategy for the 21st Century Ministry,” and “Seven Things That Will Ignite Your Career in Media.”

And new this year is the NRB Digital Media Summit, an all-day educational event covering best practices for an effective social media presence using today’s digital media tools. The summit, which will be held on Friday, will be attended by leading digital marketers from some of America’s most innovative ministries. Speakers include Adam Singer (Google), Justin Blaney (Innovate 4 Jesus), and Justin Wise (WISE Group), among others.

Also new to the Convention is the addition of film screenings (Son of God, Moms’ Night Out, God’s Not Dead), a Pitch-a-Thon, a Silent Auction, and much more.

In addition, on Saturday, there will be an Installation Ceremony for NRB President & CEO Dr. Jerry A. Johnson, who was unanimously elected by the NRB Board of Directors on October 1, 2013. Speaking at the ceremony will be Dr. R. Albert Mohler, Jr., President of The Southern Baptist Theological Seminary.

The upcoming Convention, NRB 2014, will be held as NRB celebrates its 70th year as an association. While the Convention itself will kick off Saturday, February 22, the Exposition will officially open its doors Sunday afternoon.

The event concludes Tuesday, February 25, with the presentation of the 2014 NRB Media Awards.

About NRB
The National Religious Broadcasters (NRB) is a non-partisan, international association of Christian communicators whose member organizations represent millions of listeners, viewers, and readers. Our mission is to advance biblical truth; to promote media excellence; and to defend free speech. In addition to promoting standards of excellence, integrity, and accountability, NRB provides networking, educational, ministry, and fellowship opportunities for its members. Learn more at www.nrb.org.

About The NRB Convention
The annual NRB International Christian Media Convention is the largest nationally and internationally recognized event dedicated solely to assist those in the field of Christian communications. The dynamic Exposition consists of around 200 companies and is an active marketplace for those seeking tools and services to expand their organizations. NRB 2014 will be held at the Gaylord Opryland Resort and Convention Center in Nashville, TN, February 22-25, 2014. For more information, go to www.nrbconvention.org.