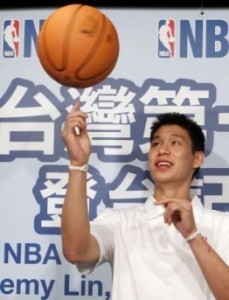 Jeremy Lin recently shared his testimony at the “Dream Big, Be Yourself” youth conference in Taipei, Taiwan where he ministered to over 20,000 youth.

Lin spoke about how his sudden success in New York led everyone to believe he would be the savior for the Houston Rockets as he signed a $25 million contract with them.

“I was ready to invigorate the entire city of Houston … I was supposed to save Houston basketball,” he said at the conference. “But I didn’t play well at the start of the season and took a back seat to a newly-signed teammate, James Harden.”

“The coaches were losing faith in me, basketball fans were making fun of me,” added Lin.

Lin explained that he was at his wit’s end, and was beginning to lose sleep over his poor performance. The pressure mounted and he began to feel consumed by his job of playing basketball.

“I don’t have to be ‘Linsanity’ for God to love me,” said the Houston Rockets point guard. “I had to get back to being who God made me to be.”

“Linsanity was an identity that had been created by the world,” said Lin.

He then told the youth about the dangers of money, success, and approval and reminded them that only God’s value of a person is what counted.

The video has gone viral and has 2.8 million views in just a week as people are still flocking to see everything Lin.