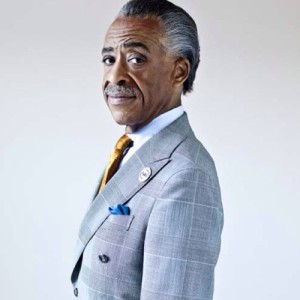 This event was created by Lord, Bush & Randolph, LLC. (LBR) to recognize African American’s who have made a positive impact on the City of Los Angeles and surrounding communities. This year LBR, in partnership with the Los Angeles Chapter (NAN-LA), will honor the achievements of LA’s most prominent and influential African Americans.

“It’s a pleasure to help recognize and honor this group of influential honorees who are all working to improve the quality of life in their community.” Says Rev. Al Sharpton, NAN President.

“The National Action network of Los Angeles is pleased to partner with Robert Bush of LBR on this event. We are grateful that our national leader Rev. Sharpton has taken time out his busy schedule to join us as we pay tribute to the most powerful and influential leaders in Los Angeles.” Said Rev. Tulloss, Western Regional Dir. & NAN-LA President.

Honorees will be featured in the 2014 Most Influential African Americans Los Angeles Edition commemorative magazine that will be published in November.

National Action Network is the nation’s leading civil rights organization, under the leadership of our President and Founder Reverend Al Sharpton. NAN works within the spirit and tradition of Dr. Martin Luther King Jr. to promote a modern Civil Rights agenda that includes one standard of justice and decency for all people regardless of race, social justice for communities, and the improvement of race relations. http://Nationalactionnetwork.net