The song that has everybody talking, “A Lil’ Louder (Clap Your Hands),” is the bold hit single & now a sizzling hot music video that further illustrates the music ministry & universal appeal of The (legendary) Rance Allen Group!

END_OF_DOCUMENT_TOKEN_TO_BE_REPLACED

Dream Gospel is proud to announce the signing of Texas powerhouse, Andrea Helms to it’s growing roster. Andrea, who was first discovered competing for the top spot on BET’s Sunday’s Best show, will be releasing her debut album with Dream Gospel, Clap Your Hands, on October 27th with pre-orders starting on iTunes on October 14th. This powerful, upbeat and anointed album, is 14 songs sure to excite her fans and attract new ones. END_OF_DOCUMENT_TOKEN_TO_BE_REPLACED 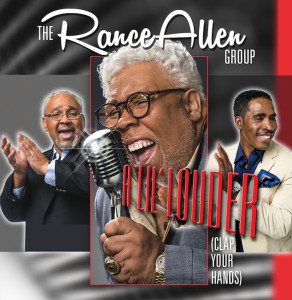 PATH just got our hands on The Rance Allen Group’s new single “A Lil’ Louder (Clap Your Hands).” END_OF_DOCUMENT_TOKEN_TO_BE_REPLACED