WHO CAN HOLD THE NOTE LONGER THAN EARNEST PUGH? Win $100 from Earnest Pugh! – New CD out September 17th 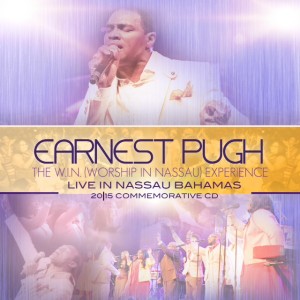 Earnest Pugh’s new CD “W.I.N.” is coming out this Tuesday, September 17th, and to celebrate he’s having a little fun with his fans. Can you hold a note longer than Earnest Pugh? Well if you can you may win $100 from Earnest Pugh himself. END_OF_DOCUMENT_TOKEN_TO_BE_REPLACED

For the very first time in the history of musical reality shows in Nigeria, there will be a reality show which will be headlined by Christians who have passion for singing and have been yearning for a platform where they can express and showcase their musical talents; this dream has now been brought alive by Destiny Child Gospel Talent Hunt. END_OF_DOCUMENT_TOKEN_TO_BE_REPLACED 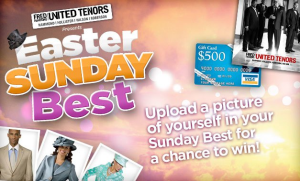 Always the trend-setter, Christian HipHop artist Lecrae has partnered with the popular shoe maker Stacy Adams to give one lucky fan an amazing concert experience. END_OF_DOCUMENT_TOKEN_TO_BE_REPLACED 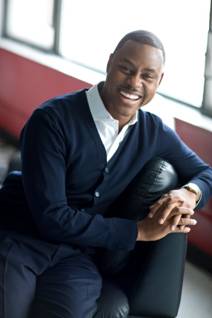 Inspired People Music CEO and Billboard chart topping recording artist Pastor Charles Jenkins is one of today’s most popular Gospel artists. A well-known speaker and author, the Senior Pastor of Fellowship Missionary Baptist Church in Chicago, Illinois, became a household name when his song, “Awesome”, soared to the top spot on the Billboard Hot Gospel Songs Chart. Sung in choir stands all over the country, the track, from the current CD, The Best of Both Worlds, saw the nation singing the praises of God. END_OF_DOCUMENT_TOKEN_TO_BE_REPLACED