Amy Grant’s “Stellar” and “Transparent” Album, How Mercy Looks From Here, Debuts at No. 1 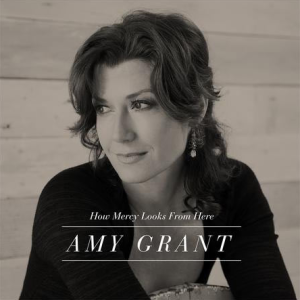 On the heels of receiving some of the best reviews of her 30+ year career, six time GRAMMY® winner Amy Grant has even more to celebrate as her first full length album in 10 years, How Mercy Looks From Here, has garnered her a No. 1 debut on Christian SoundScan and a No. 12 debut on the Billboard 200, scanning over 26,000 units. END_OF_DOCUMENT_TOKEN_TO_BE_REPLACED

It’s been ten years since six time GRAMMY® winner Amy Grant released a full-length studio album, and it’s been a decade marked by soul-shaking milestones for the singer whose career has included over 30 million records sold, a Star on the Hollywood Walk of Fame, ten Top 40 pop singles, 17 hits on the Top 40 Adult Contemporary chart as well as scoring numerous hits on the contemporary Christian charts. END_OF_DOCUMENT_TOKEN_TO_BE_REPLACED