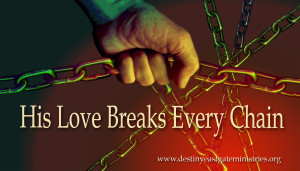 Last night as I lay in bed with my husband, there was a “scene” that began to play in my mind.  This is nothing unusual because I experience this often.  This scene involved my husband causing me emotional, mental, and physical pain, and the end of the scene involved a rape.  Again, nothing unusual for me.  However, at the part where my husband was raping me, I realized this is not something I wanted to continue doing.  So, I prayed, “Lord, rewrite the script”.  Immediately upon saying those words, I heard myself praying, “Lord, remove the imprint from my brain”.  This is when I realized that my past experiences were continuing to live within my brain, my memory.  I continued to play the events of my life over and over again, nightly. END_OF_DOCUMENT_TOKEN_TO_BE_REPLACED