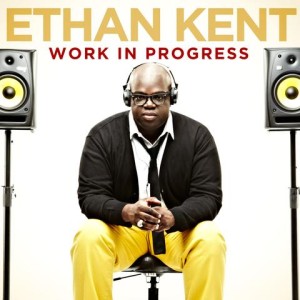 ETHAN KENT has been establishing his place in gospel music with the anticipated release of his national debut CD. January 21, 2014 marks his release of WORK IN PROGRESS on his own Tonic Blueprint label with distribution by Central South Distributors and marketing and publicity powered by The Bellamy Group. WORK IN PROGRESS is available online and in stores and has a companion EP “Aliens” available exclusively on www.EthanKentOnline.com. END_OF_DOCUMENT_TOKEN_TO_BE_REPLACED

Ethan Kent is a new face in gospel, but he has been garnering much attention in the process of developing his musical career and preparing for his national debut release. His single “My Hope Is In Glory” reached the Top 30 BDS Gospel Radio chart this spring and is back in the Top 30 again. END_OF_DOCUMENT_TOKEN_TO_BE_REPLACED


MUSIC VIDEO: Ethan Kent “My Hope Is In Glory”

Ethan Kent is the ‘new guy’ in gospel music, a fast rising talent and a man who deliberately mixes Jazz, Soul, R&B, Pop, Classical and Rock to create his own sound of gospel.  Ethan is releasing the official video to his Top 30 Gospel Radio hit “My Hope Is In Glory”.

END_OF_DOCUMENT_TOKEN_TO_BE_REPLACED

Ethan Kent is a new voice in gospel music. He’s a singer, songwriter, producer, and worship leader from Dallas, TX who has accumulated fifteen years in music ministry and has developed a style and skill that is invigorating and eclectic. END_OF_DOCUMENT_TOKEN_TO_BE_REPLACED