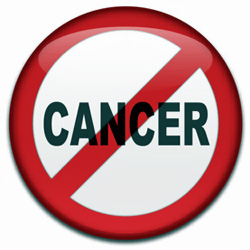 CANCER:First my mother. Then my brother. Followed by my sister. All in 18 months. Whew! Finally, a breather. But only for two years before my beloved husband was stricken.Prior to my late husband’s departure, we had been community activist in Detroit for over 30 years. He loved Detroit and everyone knew it. So often we heard him say, “I was born here. Raised here, and I will die here.”Strangely enough, following his retirement in 2002, he said, “I believe I can leave Detroit now.” We were all amazed. Rev. Eddie K. Edwards had been a Michiganian of the Year, received a Presidential Award for his community service work, and was highly regarded by the city, state, and county governments for his commitment to Michigan. More importantly, most of our family lives here. This sudden change of heart was hard for us to understand. Nevertheless, in December 2003, we began to make plans to relocate to Texas.

During the Christmas season, we looked for a home in Texas. It didn’t take long for us to find a lovely one. Negotiations began on the purchase, pending the sale of our Detroit home. We rushed back and put our home on the market. The real estate agent we worked with felt sure our home would sell quickly. We were all surprised when 30 people looked at the home and, even though many expressed their love for it, not one put a bid on it. Thank God they didn’t.

In March 2004, Eddie began to complain about having a pain in his side. At first, the doctor diagnosed it as an infection and gave him a prescription for antibiotics, which he took for about a month. When his condition didn’t improve, he had a biopsy. That’s when we discovered that he was in stage four of cancer and only had four to six months of life left! He was a health- conscious person and it was difficult for us to understand how his condition could develop to stage four without us knowing something was terribly wrong. He left this life in July 2004, just five months after his diagnosis.

My husband’s passing left me in a stage of utter shock and the need to make important decisions alone. But the transition from wife to widow wasn’t the only major crisis I had to deal with. Before I could catch my breath, I WAS DIAGNOSED WITH CANCER MYSELF. I’ve always been faithful to have my mammograms on a consistent basis. Upon having my annual mammogram, the test showed something “abnormal” was on the film. I needed to have a biopsy, which I did. The biopsy came back stage one of breast cancer. Naturally, I was panic-stricken. Images of death began to dance in my head. I thought about my mother, my brother, my sister, and my husband – all dying from this awful disease.

Once I got over my initial fears, I rose up and prepared myself for battle. I have always been a fighter and it’s a good thing. Now I was fighting for my OWN life and the life of my grandchildren and great grandchildren. ENOUGH IS ENOUGH! I refused to sit idly by and watch this deadly disease take the lives of my offspring.

Being a writer, I have a very creative imagination. Immediately, I began to see myself healed – instead of dead. Instead of writing out my obituary, I wrote out my goals for the next five years. And I wrote my autobiography. I also designed and posted signs all over my home for my eyes to see. One of the signs said:, “THE BUCK STOPS HERE!” Below is another sign. I’ve also shared this image with others going through cancer challenges. I hope it will help someone else.

When it came time for my scheduled surgery, I can truthfully say that all fear was gone. Although I had to go back twice for the disease to be removed, (it was so small that it was hard to pinpoint) it was removed on an outpatient basis! Today, I’m cancer-free and the buck stops here.

Minister Mary Edwards is an ordained minister in Detroit; has been a community activist for over 30 years, author, book coach and editor. She is featured in “Who’s Who is Black Detroit” for her publishing efforts. Founder of The Called and Ready Writers and Widows With Wisdom, she was Voted “One of the Most Influential Women in Metropolitan Detroit. Friends call her “The Holy Hookup Lady.”