Producer Donald Lawrence announced the news via his twitter page that he will once again produce the live recording for Karen Clark-Sheard in 2013.

Lawrence has a long history of working with the Gospel singer.  Lawrence provided production for Karen Clark-Sheard’s groundbreaking debut solo CD ‘Finally Karen’ in 1997 as well as her Second Chance and The Heavens are Telling projects.

Karen has appeared as guest vocalist on a number of Tri City Singers projects and Lawrence also produced the Grammy award winning Clark Sisters Live: One Last Time CD in 2007. 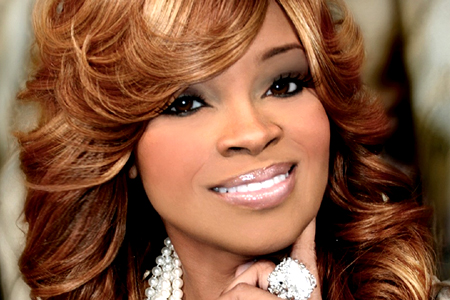 Back in March, Lawrence announced that he was battling cancer.  It is unknown whether his cancer is in remission, but the news of him getting back involved in Gospel is a welcoming one for one of Gospel’s most heralded stars.

Karen Clark-Sheard prepares for the recording after announcing a new reality show on BET called ‘The Sheards.’  It will be the networks first reality show centered around Gospel artists.  The showwill follow her son J. Drew Sheard, singer Kierra Sheard, and her extended family around as they balance ministry and family.

A member of the legendary Clark Sisters, Karen has enjoyed a successful solo career as well as her sister Dorinda Clark-Cole.