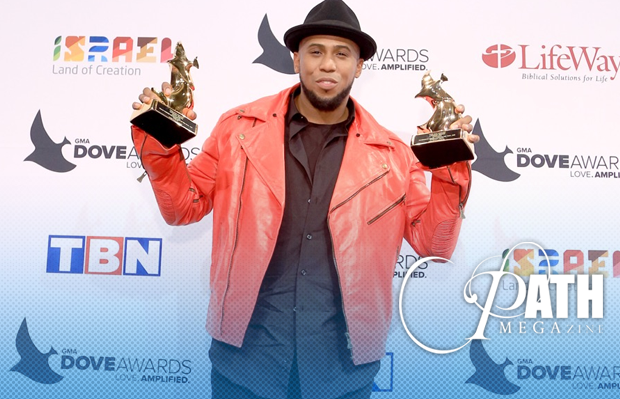 While Anthony Brown & group therAPy were busy rehearsing their gospel mega-hit, “Worth”, for the 2016 Dove Awards’ main show, Brown’s mother was at the pre-telecast accepting the trophy for Traditional Gospel Album of the Year for the group’s already award-winning project, “EVERYDAY JESUS”.

You could literally hear the depths of gratitude and relief during her acceptance speech.

“In a time where young men are casualties, I wanna thank God that he (Anthony) made a decision a long time ago that he would serve Jesus. And so, I am so grateful for that.”

Brown’s mother drew laughter when she said, “A couple of hours ago, he told me, ‘You know, Ma, I might need you to do me a favor.’ I don’t know if you have any kids like that.” But just as quickly, the mood turned back to solemn gratitude and relief. “And so I said, ‘I’ll do my best son.’ And I’ve been trying to do that for the 34 years of his life.”

Later in the evening, “Worth” earned Brown a second Dove Award for Urban Worship Recorded Song of the Year. 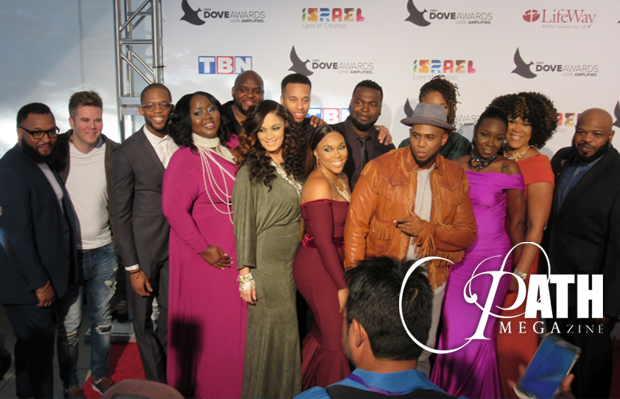 [Anthony Brown Poses with Group Therapy at The 2016 Dove Awards]

Anthony Brown & group therAPy have been dominating the airwaves AND the charts since their self-titled debut released in 2012, which garnered hits like “Testimony”, “Water”, and “Do It again”. But it was their 2015 sophomore release, “EVERYDAY JESUS”, that racked up 10 Stellar Awards and has now added two Dove Awards to the group’s portfolio.

Brown himself was grateful for the opportunity to help Michael Huppe, a representative of SoundExchange, present multiple award-winning worship leader, Chris Tomlin, with the SoundExchange Digital Radio Award. Tomlin, the first Christian artist to receive the award, had reached 1 billion streams to earn the prestigious honor.

Brown respectfully referred to Tomlin as “the mentor he never met” until this night. Describing the profound impact that Tomlin’s songs have had on his life, Brown said, “Chris is someone who has changed my life in an amazing way, yet only from a distance. Four years ago, I watched him take the stage like a gentle giant. With grace and humility, he accepted a Dove Award for one of his many amazing CDs. Tonight takes me back to words I heard him say that changed my life forever,” said Brown. 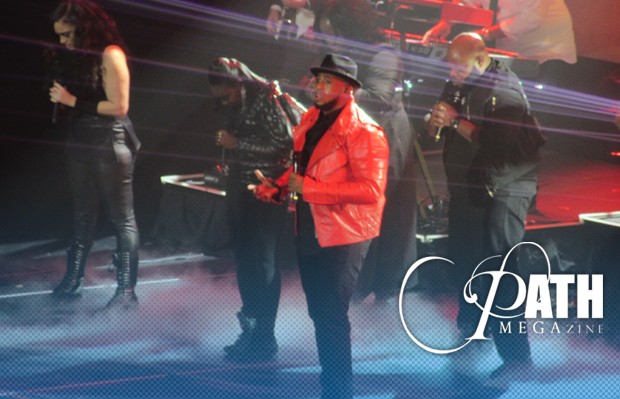 “Chris said, ‘People all over the world are singing How Great Is Our God — on every continent, in every country, of every color, all over the world. Yet, most of them have no idea who Chris Tomlin even is, and I think that’s pretty amazing.’”

Brown said that single statement from Tomlin both refocused and convicted him at the same time. “BOOM! A light bulb goes off for me because I realized that the stage everybody’s trying to run to already has a Star…and that Star is JESUS CHRIST,” said Brown.

Drawing rousing applause from the crowd, Brown concluded, “That night, I started praying a prayer — and I still pray that prayer to this very day – “Lord, please give me songs that the whole world will sing. And they don’t even have to know my name, as long as they know Yours.”

Anthony Brown & group TherAPy have a boat load of tour dates on tap for 2016 and 2017, including appearances with gospel luminaries such as Maurette Brown Clark and Fred Hammond.