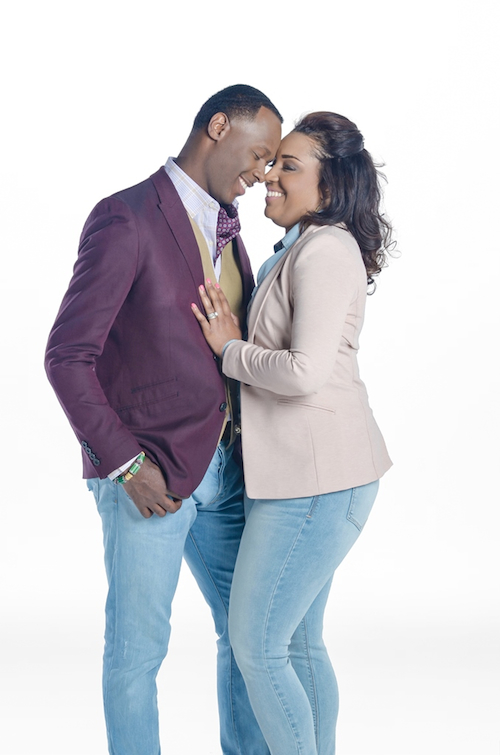 International recording artist and worship leader Micah Stampley’s partner in love, life, music and ministry, wife Heidi Stampley has written or co-written over 40 songs on her husband eight Stellar and Dove Award-nominated albums, which started with Micah’s debut album, Songbook of Micah, and subsequent releases A Fresh Wind…The Second Soul, Ransomed, One Voice, Release Me, Love Never Fails, and To The King…Vertical Worship.

Some of their top-charting songs were on Billboard’s radio charts and fan favorites over all the world, which include “War Cry,” “We Need The Glory,” “Fervent Prayer,” “How He Loves Me,” “Desperate People,” “Speak Into My Life,” “Lend Your Song To Me,” “Hallelujah Chant” and “Glory To The Lamb.” Heidi also co-wrote, along with Micah, Regina Belle’s gospel hit “Make An Example Out Of Me.” To date, Heidi and Micah have a written a combined 150 plus songs in gospel, CCM, country and pop music. They are expanding their catalogue to write for other artists in multiple genres, as well as television and film scores. “I actually started as a poet,” says Heidi. “I started writing poems when I was in high school and when Micah and I started dating, I would write poems to him all the time while sitting in my nursing classes. I think I probably started hearing melodies from a young age growing up as a Pastor’s daughter and singing and leading in the choir. However, I never really considered myself a songwriter back then.”

Micah’s current single, “Be Lifted,” was written by Heidi from his current album, To the King… Vertical Worship, debuted at No. 2 on Billboard’s Top Gospel Albums chart and marks Micah’s highest debut to date. The single is currently No. 14 on Billboard’s Gospel National Airplay Top 30 Chart. “Be Lifted” is named one of the top hot new songs in 2016 by BlackGospel.com and is touted to be one of Micah’s biggest career records. Heidi is grateful for the progress and the development she has made from her first song, “War Cry” (Songbook of Micah) to “Be Lifted.”

“My songwriting started shortly after Micah and I got married,” says Heidi. “He was so musical and I thought maybe I’ll just join the poetic side of me with the melodies I heard. Songwriting for me is an organic and natural experience. I honestly don’t really work at it. I just hear these melodies and lyrics and start singing what I hear. It’s a gift from God that I am grateful for and I don’t take it lightly.”

Heidi, also a gifted vocalist concurs that every songwriter has its own process of creating music.

“Most of the time the songs end up on my voice notes and scribbled on whatever I can find at the time,” says Heidi. “I have stacks of old envelopes and hotel note pad paper with lyrics of songs. Sometimes I go back and look at them and remember where I was when a song came. I prefer to let the songs just come and never try to force it. Sometimes I get a piece of something and then I share with Micah and he gets the rest and vice versa. On the new album, we collaborated with another writer on a few songs and it was the same thing. There were parts of the songs that I had from months earlier that ended up matching up with things they had. There are so many amazing stories of songs we collaborated on. We just have great chemistry and I think it comes through in the music.”

Heidi also penned another one of her favorite songs, as well as one of Micah’s favorites. “I Believe” from A Fresh Wind and the Release Me projects and a remix version of the song is also included on the new CD. This song speaks to Heidi’s personal experience and how she has walked by faith in so many areas of her life. The song continues to encourage her as well as other people from all over the world, who have shared their testimonies with her and Micah. She knows what the song meant to her personally when she had to believe God against all odds.

“‘I Believe,’ really blesses me,” says Micah. “It brings me back to a place where I know I can receive absolutely anything from God; which can only be accomplished through faith and believing in Him.”

Micah and Heidi’s gift of songwriting is their biggest blessing and to see their children develop their songwriting skills leaves them in awe. “They are writing amazing songs,” says Heidi. “It’s a blessing and very rewarding.”