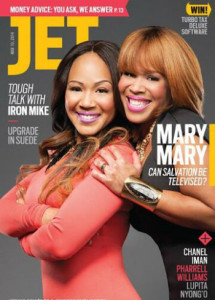 The ladies of Mary Mary continue to attract the attention of mainstream media appearing this week on the cover of Jet Magazine.  The sisterly duo speak openly about fidelity, family and moving forward.

JetMag.com tells audiences what they can expect in the exclusive print edition writing:

A blessed life isn’t always a perfect one. Just ask Mary Mary. The award-winning gospel act composed of sisters Erica Campbell and Tina Campbell, recently endured one of the most hellish years of their lives. Worst of all, it was televised. “You basically see me losing it,” Tina reveals to JET. “Marital issues, cancer, throat troubles and financial challenges… I was very tempted to walk away.”

Two years ago, the ladies elected to move their talents from the concert stage to the small screen with a reality series on WE tv. It was a platinum success. For two seasons, their show highlighted the beauty that is life— wholesome two-parent households, traveling the world, sold-out crowds and overcoming petty sibling drama. But, as the saying goes, what goes up, must come down.

February 27 marks the debut of their show’s third season. Undoubtedly, viewers are eager to learn what happened after Tina revealed during a 2013 cover interview with EBONY magazine that her husband of more than a decade and the father of her four children, Teddy, had an affair. “It almost broke me,” admits the 39-year-old of the backlash received from the feature. “If I knew my real truth when I talked to EBONY I would’ve never told it. I found out what it was while I was taping.” And viewers will finally be able to discover what that truth is as the season unfolds. 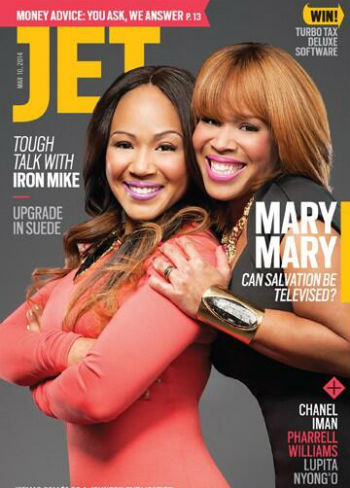