Ok so disclaimer, technically Oprah Winfrey made it clear that she believes in Jesus Christ the last day her daytime Oprah Winfrey talk show aired. It took her a while, but over the years Oprah has become more faith-friendly. If not spiritual even.

PATH has photographers and insiders on MegaFest grounds that say Oprah is getting full of the spirit. The billionaire talk show host reportedly decided to stay at MegaFest after her Life Class taping ended on Thursday morning. She was originally scheduled to fly out that afternoon. However, the afternoon arrived and Oprah was still at MegaFest.

Oprah representatives said that “Oprah recognized a higher power wanted her to stay”.

During the Women Thou Art Loosed evening session Oprah was seen with tears in her eyes as she listened to Tamela Mann sing her heart out on stage. “The spirit of the Lord was so heavy in the place” one participant said.

As Bishop Jakes closed his message “In Transition”, women were on the floor worshipping and some bowed at their seats crying. Oprah, sitting next to Tyler Perry, was heard by many yelling out “I NEED YOU”.

Many people have debated whether or not Oprah believes in salvation through Jesus or just a “Higher Being”. But one things for sure, Winfrey and thousands more are being changed at MegaFest.

A source close to Oprah stated that she “Plans to stay the entire MegaFest conference to receive more.” 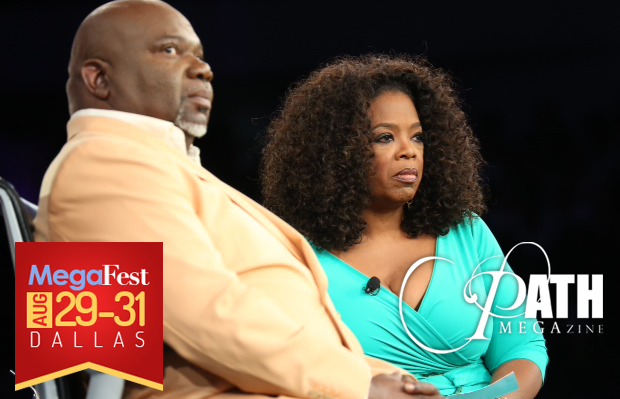 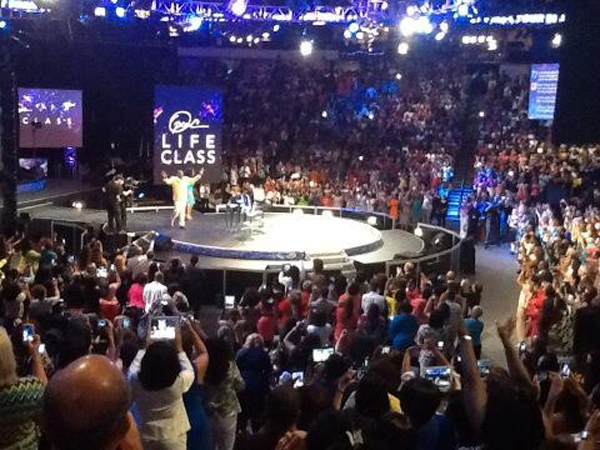 Oprah Reveals Why She Cried at MegaFest [INTERVIEW]Path MEGAzine