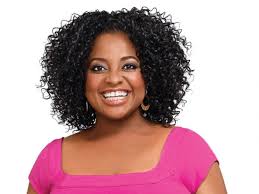 The woman that helps diversify the hit show ‘The View’ is trusting God for guidance during her career shift.

We’re talking about Sherri Shepherd and although her contract with the VIEW is up in August, the former co-host says she is excited about the possibilities. During a recent interview with The Belle Report, the talented 47-year-old actress told us, “I am so excited about what God is about to do in my life. Seven years ago, I was going through a divorce and trying to figure out what was next. Now I am back at church, being an usher, helping out wherever I can and waiting on God and the possibilities.”

However possibilities are not far away, as she said “I am ready for whatever God wants me to do. It might be a Talk Show, it might be another acting role, I don’t know, but I am excited!”

When asked about how she was dealing with her personal and professional transition, she said, “I stay on my knees a lot and pray. God is so good and He has brought me this far and I know He’s not going to leave me now. It was seven years ago, when Barbara Walters called me and invited me to be on the View and I believe 7 is the number for completion and 8 is the year of new beginnings, so I am ready!”

Next week, Shepherd will be the opening act for Kirk Franklin for Joy Fest at Kings Dominion on Saturday, July 19th. When ask, what would she be doing, Shepherd said, “Comedy.” Yes, Shepherd will be returning to her comedy roots and she is excited.

Let’s continue to keep our sister in prayer as God prepares her for what’s next in her life.