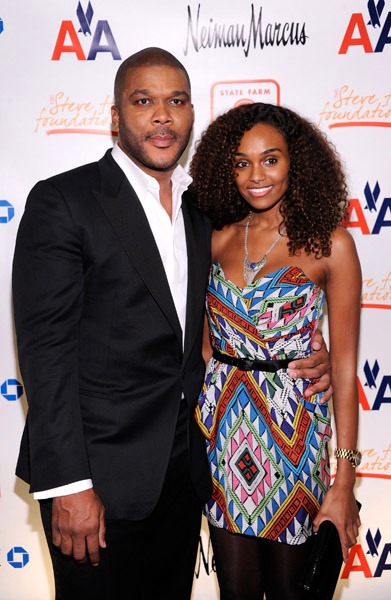 Entertainment mogul Tyler Perry announced at his 45th birthday party this past week that he is expecting his first child.

The mother of his child is said to be Ethiopian-born model Gelila Bekele, who Perry has been linked with for the last five years or so.

In the past Perry had said that he wanted a child by 45, and fittingly Perry has accomplished that. Last year Perry told The Steve Harvey show his plans for a baby.

Perry is yet to publicly speak about the baby’s mother, but we suspect pressure to do so will mount now that the news is now viral.

I can see this on Oprah’s Lifeclass already! Let’s just hope next he’s not on Iyanla Fix My Life!