UPDATE: Memorial and funeral locations have been updated. CLICK HERE to view… The following is a press statement by Bahamas Faith Ministries:

The Board of Governors of Bahamas Faith Ministries International along with the families of Dr. Myles and Pastor Ruth Munroe and Dr. Richard Pinder would like to announce the following dates for Home Going and Memorial Services.

On Wednesday, December 3rd 2014, the Life & Contributions of Dr. Myles and Pastor Ruth Munroe will be celebrated during a National Memorial Service of Thanksgiving & Praise. We anticipate hosting this event at one of our major national facilities that will announced as soon as all official confirmations have been realized.

We would like to take this opportunity to thank the Prime Minister, the Rt.Honorable Perry G.Christie, his Cabinet as well as members of the Government for their condolences, words of kindness and support to date. We are in communication with the Government and other relevant stakeholders as we continue to fine tune our plans. 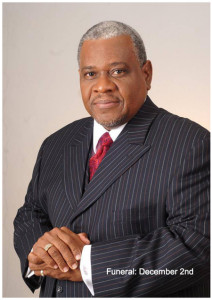 We intend to announce shortly a number of additional events leading up to the Home Going & Memorial Celebrations for Dr. Myles and Pastor Ruth Munroe and Dr. Richard Pinder. At that time we will also announce the service time for each event.

We are however pleased announce that several organizations and churches from around the world have already planned and announced Services of Thanksgiving & Celebration in honor Dr. Myles and his wife Pastor Ruth Munroe. Thanksgiving Services are confirmed to be held in several countries including Africa, Canada, Europe, Papua New Guinea, Barbados, several Latin American countries and at various churches throughout United Stated of America. We are awaiting final confirmations from additional countries.

The Board of Governors with the blessing of the family is also pleased to announce that a Special Memorial Organizing and Planning Committee has been commissioned to assist the family and the board with the planning and organization of the official Home Going and Memorial Celebration Services.

This Special Memorial Organizing Committee will be Chaired by Veteran Broadcaster, Business Executive & President of the CEO Network Deborah Bartlett who also serves as one of our Pastors at Bahamas Faith Ministries. Media Executive, Radio Personality and CEO of Harris Media Group Kevin Harris have been selected to serve as Deputy Chairman and Pastor Jay Mullings who is one of the five founding fathers of Bahamas Faith Ministries International will serve as Honorary Chairman.

We have literally been flooded with calls and well wishes from all over the world. We have also received a number of phone calls from several Head of States including Presidents of Countries, Prime Ministers as well as well known Pastors, Singers, Actors and Dignitaries expressing their sympathies and who have all indicated a commitment to attend.

The Memorial Organizing Committee has already established a Command Center here at Bahamas Faith Ministries where all calls, emails and request for information regarding Home Going and Memorial Services can be addressed. The direct phone contact to the Command Center is 242-461-6429.

We intend to once again release additional information regarding all services within the next few days.

On behalf of the Family of Dr. Myles and Pastor Ruth Munroe and Dr. Richard Pinder, we would once again like to thank the Bahamian people as well as people from around the world for their expressions of love, well wishes and support. It truly means a lot to us. 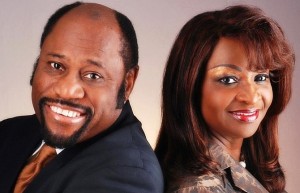 Dr. Myles Munroe, Pastor Ruth and Pastor Richard Pinder all perished with six others on Sunday, November 9th when his Lear jet crashed at the Grand Bahama Shipyard. It was en route from Nassau.

Reports said that the plane clipped the side of a crane at the Shipyard and “exploded on impact”. The weather was said to be a factor.

The nine passengers aboard the plane belonging to Dr. Myles Munroe were heading to Grand Bahama for the Global Leadership Forum scheduled for November 10th through 13th to be hosted by Myles Munroe, the leader of Bahamas Faith Ministries International, which did take place despite the tragedy.

Prime Minister of The Bahamas, the Hon. Perry Christie said in a press statement, “It is utterly impossible to measure the magnitude of Dr. Munroe’s loss to The Bahamas and to the world. He was indisputably one of the most globally recognizable religious figures our nation has ever produced. Dr. Munroe was a man of immense charisma and persuasive appeal. He was regarded by a great many persons as the Conscience of The Nation. Certainly, he was among the most defining and influential spiritual leaders of the modern Bahamas and, I daresay, of the wider world of Christian evangelism as well.”

Bahamas Minister of Tourism, the Hon. Obie Wilchcombe said, ” Dr. Munroe was a global leader, a pillar of strength and inspiration for many and a pioneer of religious tourism in the Bahamas. Dr. Munroe also acted as an ambassador for The Bahamas, taking his Ministry to thousands and participated in numerous foundations and conclaves around the world.”

Bahamas Faith Ministries Pastor Dave Burrows said in a press statement, “We thank all Bahamians, and those who have called from the international community, for your prayers and expressions of comfort…”

This multi-gifted motivational speaker served as a business consultant to governments, Fortune 500 companies and corporations, addressing critical issues that affect every aspect of human, professional, leadership, social, and spiritual development.

Dr. Munroe represented his country as the youngest recipient of the Queen’s Birthday Honors of the Order of The British Empire (OBE) Award 1998 bestowed by Her Majesty, Queen Elizabeth of England, for his spiritual and social contributions to the national development of the Bahamas. He had also been honoured by the government of the Bahamas with the Silver Jubilee Award (SJA) for providing twenty-five years of outstanding service to the Bahamas in the category of spiritual, social and religious development.

Dr. Myles was the senior pastor of Bahamas Faith Ministries International Fellowship, where his wife, Ruth Ann, serves as co-senior pastor. He was a proud parent of Charisa and Chairo (Myles Jr.). He was 60 years old.

Funeral Arrangements Set for Pastor Munroe & His Wife | AM 1310: The Light

[…] For additional details regarding the funeral services please click here. […]