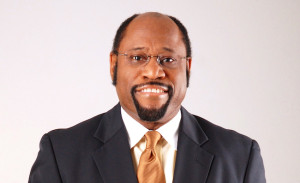 A video on the internet is starting to gain a head full of steam after ‘The Kingdom’ preacher Myles Munroe may have took his message of the Kingdom mindset a bit too far.

A video has surfaced online recently showing Myles Munroe preaching on the Kingdom. It’s cut to just two minutes and fails to put into context the point Myles Munroe was trying to make. Even with that, comments have been mixed as to what Dr. Myles Munroe was intending to say when he states, “People ain’t worried about no blood on the cross.” He goes on to say that Jesus “Is not what you’re supposed to preach.”

In context Munroe was telling the audience to testify to nonbelievers at work by first finding out there problems, then telling them that there’s a higher level of living. When they ask about how to get it, “THEN you tell them about Jesus,” Munroe says.

The clip cuts off at the inflammatory statement, “The good news is the Kingdom not Jesus.”

Personally, I understand Dr. Myles Munroe’s life mission and burden to preach the Kingdom mindset. In his attempt to sequentially explain the order in which to bring non-believers to Christ in a way that they can understand salvation, he admittedly ruffled some feathers. I can also see why people keep Jesus as the head of any mentioning of salvation as Jesus says, “I am the way the truth and the life. No one comes to the father except through me.”

In Munroe’s opinion, Christians should first tell non-believers about the Kingdom, which in his many books is described as a Kingdom (Heaven) that belongs to you even before you were born. A mindset of having dominion over our earthly domain, circumstances and finances.

Look at the video clip and share your thoughts as to whether we should preach the kingdom of heaven first or Jesus.

Ya here you go, just try on Jesus and see if he fits. Dr. Munroe preached a small “g” god

“I am the way, the truth, and the life…” sounds pretty clear as to what JESUS preached.