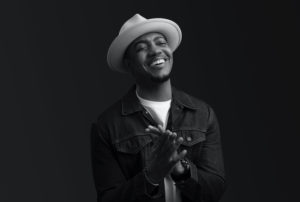 He can play, write, sing, and rap.  The unique skillset of Rudy Currence will never bore you as you dive into his music.

Rudy Currence is a Grammy and Dove award-winning singer, songwriter, and music producer. A classically trained pianist with a music degrees from Furman University, Rudy began singing at 3 years old, playing piano by 6, and was exploring songwriting by the age of 12. He has appeared on popular shows such as ABC’s “The View” and been featured on major media platforms including Revolt TV, BET Gospel, BET Music Matters, Music Choice, The Breakfast Club, and more. Rudy’s live performances (which include dynamic vocals, piano, and acoustic guitar) have garnered a huge online following with millions of YouTube views. He is currently endorsed by Kawai, the world’s second largest piano distributor. He has written and produced songs for R&B/Pop singers Mya and Ray J, and has music featured in the blockbuster movie “The Bourne Identity”. He has worked alongside Hip Hop producer David Banner and multiplatinum, Grammy and Emmy winning music icon, Quincy Jones. In 2013, Rudy won both Grammy and Dove awards for his production on Lecrae’s album, “Gravity”, and in 2015, was again Grammy nominated for writing “Sunday AM” for gospel music legend, Karen Clark Sheard.

Take a listen to Rudy’s tune “Songwriter” below:

Rudy’s hit single, “Testimony”, exploded onto the Gospel charts rising quickly to Billboard’s Top 20. The follow-up single “Love Lifted” features DJ Dwight Stone and has generated more than 500K streams across all digital streaming platforms. These latest releases continue to inspire listeners and elicit eager anticipation for his forthcoming album, Stained Glass Windows. The lead single, “I Belong Here” is now available for pre-order and will be released on May 22nd. The album is slated for a Summer 2020 release.